Turkey carries out over 90 projects in Yemen 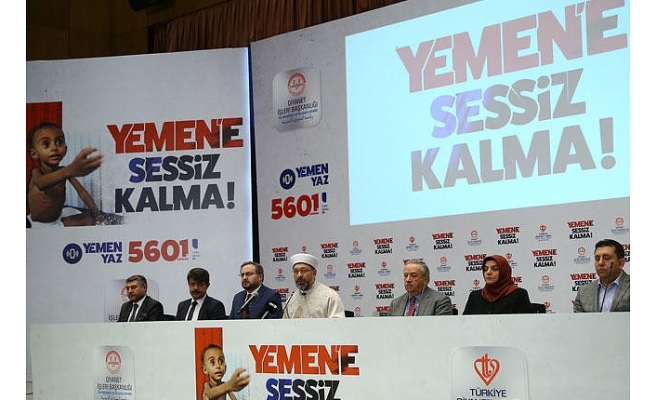 Turkey’s state-run aid agency has carried out 93 projects and humanitarian activities over the past six years in war-torn Yemen.

Turkish Cooperation and Coordination Agency’s (TIKA) office in the capital Sana, which opened in 2012, have realized projects mainly in the areas of health, education, agriculture and infrastructure.

The agency established four dialysis centers in the cities of Sanaa, Aden, Taizz and al-Hudaydah in 2013.

The health centers, which are open 24/7, offer services to 80 percent of the citizens.

TIKA also supplied anti-cancer drugs for 84 patients, who were under treatment in Taizz. It also established two field hospitals in Aden and Taizz.

The agency equipped service building of Yemen Trade and Industry Ministry to make it functional.

In order to strengthen the administrative system of Yemen, the agency provided training to Yemeni public servants.

It also renovated a dormitory with a capacity of 250 students, and equipped two other dormitories.

TIKA cleaned wastes in Aden as part of the fight against epidemic illnesses, and to make the city more habitable.

Environmental cleaning lasted around one and a half months with the help of 80 personnel, five trucks and two diggers.