Nov. 24 marks day when Ataturk, Turkey's founder, was given title of ‘Head Teacher’ 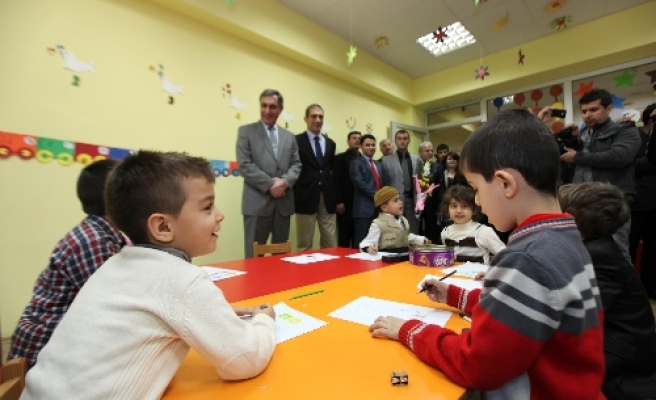 Turkey on Friday celebrated the national Teachers' Day, which marks the day Ataturk, Turkey's founder, was given the title of 'Head Teacher' in 1928.

President Recep Tayyip Erdogan issued a message emphasizing the importance of teachers in a society.

"Societies which fail to give teachers the value they deserve and fail to show necessary sincerity in the face of their devotion will have no future," Erdogan said.

The Directorate of National Education in Istanbul organized a ceremony in Taksim Square.

General Command of Gendarmerie posted a video on its official Twitter account to celebrate the day and to commemorate teachers martyred by the PKK terrorist organization.

"Teachers! The new generation will be your masterpiece,” the Gendarmerie said in a message citing Ataturk’s well-known quote.

On June 9, 22-year-old music teacher Senay Aybuke Yalcin was killed in a PKK attack as she was returning home from school in the Kozluk district of the southeastern province of Batman.

Another 23-year-old elementary school teacher also became victim to a PKK attack around the same time. Necmettin Yilmaz was kidnapped by a group of PKK terrorists in Pulumur district of the eastern province of Tunceli.

His burnt-out vehicle was found on June 16. His body was recovered almost a month later near the Pulumur Stream.