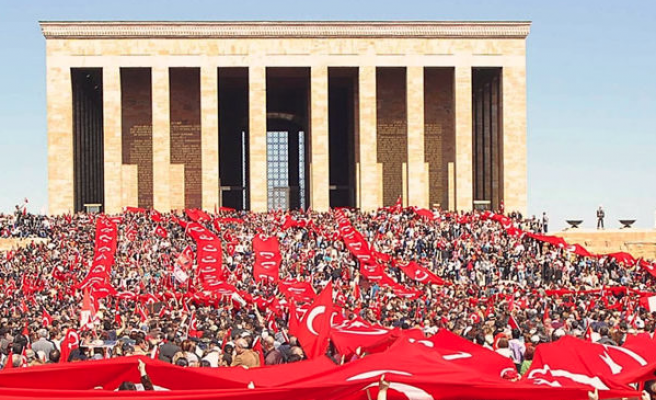 Turkey is celebrating its Republic Day and 94th anniversary of the proclamation of Republic of Turkey on Sunday.

Writing at official Anitkabir memorial book, Erdogan said the spirit which brought victory to Turkish War of Liberation and gave life to the republic is alive today as it was before 94 years.

"The resistance which passed into history as July 15 epic is the embodiment of this spirit and will," Erdogan stressed.

Celebrations of Republic Day are ongoing in many cities of Turkey.

The search engine’s Turkish home page showed a Turkish flag and the Google word in red color, the color of the country’s flag.