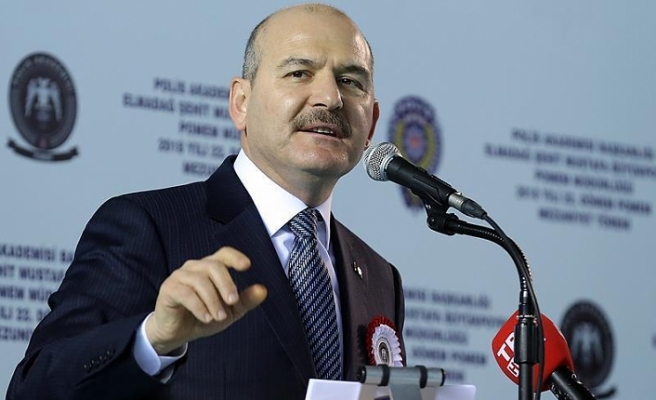 Turkey's interior minister on Monday said that his country is very close to eliminating the terrorist PKK group completely.

"We reached almost the end of the fight against PKK. We completely cleared PKK from the cities and have trapped them into caves in the countryside," said Suleyman Soylu during a police graduation ceremony in the capital Ankara.

The interior minister said that operations targeting PKK terrorists inside Turkey had continued throughout 2018, adding, "[...] we cut off the resources the terrorists fed on."