16 policemen killed, 13 others injured in Friday's clash southwest of Cairo, according to Egypt's interior ministry 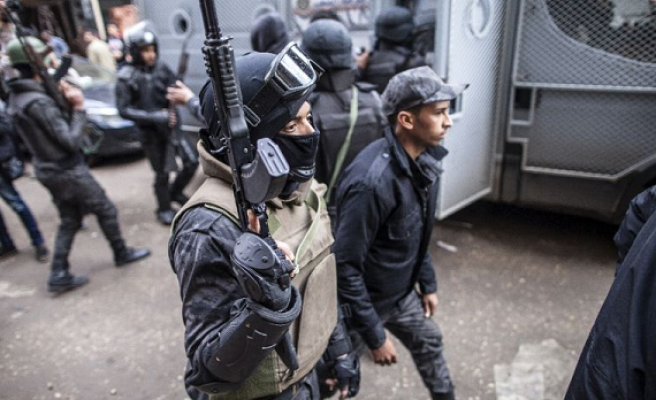 "We learned with sorrow that yesterday (Oct. 20) many security forces who have been attacked by terrorists in the city of Giza in Egypt have lost their lives and were wounded," a statement said.

"We condemn these attacks and convey our condolences to the families of the victims and the people of Egypt and wish a speedy recovery to the wounded," it added.

Egypt’s Interior Ministry on Saturday said that 16 policemen were killed and 13 injured in Friday's shootout with militants southwest of Cairo.

The ministry said in a statement on its official website that 15 militants were killed or injured in the incident, and a search was underway for one missing police officer.

No group has yet claimed responsibility for the clash at a militant hideout in the al-Wahat al-Bahriya area in the Giza province, about 135 kilometers (84 miles) from Cairo.

State television said Saturday a security alert was declared in the area to hunt down militants.

It added security sweeps would continue deep into the Western Desert.

Details of Friday’s deadly shootout remain unclear. The Interior Ministry said the shootout took place during a raid to arrest a number of suspected militants in the area.

Security sources said the forces were ambushed during the raid.

Local media and unnamed security sources had put the death toll of security forces at around 60.

Egypt has been battling an insurgency since 2013 when the military deposed Mohamed Morsi, Egypt’s first freely elected president, in a coup.

The insurgency has been concentrated in the northern Sinai Peninsula, but attacks have spread in the mainland, including the capital.

Egypt has been under a state of emergency since April when a twin church attack killed scores.