Turkish president speaks on Canakkale Victory Day, 101st anniversary of the battle which turned the tide in Turks' favor 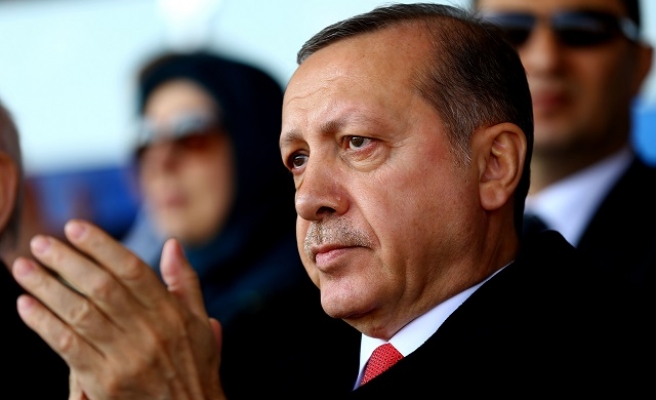 President Recep Tayyip Erdogan said Friday that despite those who wish to harm the nation, Turkey could write another historic “Canakkale epic” against its enemies.

Erdogan’s remarks came on Canakkale Victory Day -- the 101st anniversary of the Battle of Gallipoli, which turned the tide in favor of the Turks during World War I against the Allied Forces.

The 1915 battle took place in the Dardanelles Strait in the Canakkale province's Gallipoli district.

The victory gave Turkey a massive morale boost that enabled it to wage a war of independence and eventually, in 1923, form a republic from the ashes of the Ottoman Empire.

"We, as a nation, never fear or shy from battle no matter who or how powerful they [our enemies] are. ... No one can prevent us from writing a new epic as long as we protect our solidarity and brotherhood," Erdogan said, referring to the fight against recent terror attacks in Turkey.

The president said Turkey faces a grave threat from terror. "All terrorist organization are united against us. Sunday's Ankara attack is the latest example of this," Erdogan said.

The Interior Ministry has identified the bomber as 24-year-old Seher Cagla Demir, who joined the terrorist PKK group in 2013 and received training with the YPG in Syria.

The terrorist PKK also admitted that the attack was made by Demir, code-named "Doga Jiyan".