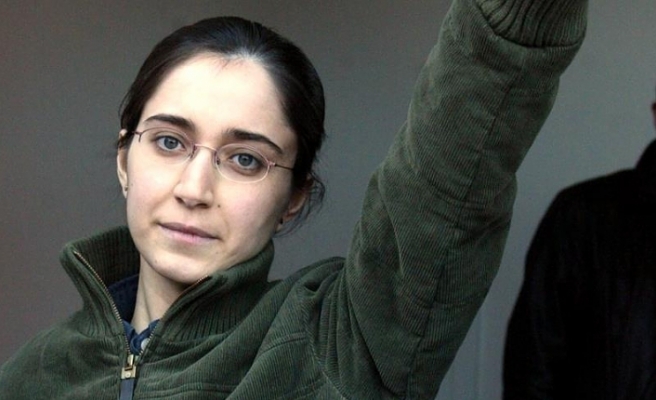 It has been more than two decades since the assassination of one of the most prominent business figures in Turkey and a prime convict in the murder is still at large.

Wednesday will mark the 23rd anniversary of the assassination of tycoon Ozdemir Sabanci of Sabanci Holding, one of the leading business conglomerates in Turkey.

Erdal's two associates, Mustafa Duyar and Ismail Akkol, were apprehended by Turkish security forces. Duyar was killed in a prison riot in 1999 and Akkol is serving a life sentence.

Erdal fled Turkey following the assassination and it was in 1999 when she surfaced back in Belgium's Knokke city with a fake passport after a fire broke out in her apartment.

In the meantime, she was handed a 15-year prison sentence by a Turkish court in a trial heard in absentia.

In 2006, a Bruges criminal court tried Erdal for being a "gang member" and put her under house arrest. She ran away just two days before the court slapped her with four years in prison and 10 years of public rights deprivation. The rulings were later upheld by an appeals court as well.

Erdal and other DHKP-C members tried in Belgium were accused of using fake ID cards, possessing weapons and explosive materials, being a terror group member, planning acts of terrorism and racketeering.

However, Belgium rejected Ankara's extradition request on Erdal as the death penalty was still in force in Turkey back then. Erdal's request for political asylum was also rejected by Belgium.

In 2007, Belgium's Supreme Court reversed the ruling by the Bruges court to list DHKP-C as a terrorist group and ordered the release of all DHKP-C terrorists, detained or convicted.

In February 2008, Antwerp Court of Appeals refused to designate DHKP-C as a terrorist group.

The court rejected to try Erdal and other DHKP-C terrorists for their crimes committed abroad and only tried them for possession and use of weapons and forging documents.

The Antwerp court sentenced Erdal in absentia to two years in prison and fined her 1,230 euros. However, the ruling was reversed following an objection by Belgium Federal Prosecutor's Office.

The Supreme Court later designated DHKP-C as a "terror group, criminal organization, and gang", saying that its members can be tried in Belgium regardless of where they had committed the crimes, authorizing Brussels Court of Appeals for the trials.

Brussels Court of Appeals launched a retrial in 2009 and ruled that DHKP-C did not perform any act of terrorism in the country, saying the suspects and convicts were to be punished for crimes committed individually.

The court registered Erdal as a "gang member" and she was given a two-year prison term in absentia.

On May 25, 2016, 20 years after the Sabanci assassination, a Brussels criminal court ruled that Erdal should be tried in Belgium over crimes she had committed in Turkey.

The criminal court reached a verdict in February 2017 in absentia, handing Erdal a 15-year sentence for her crimes committed in Turkey.