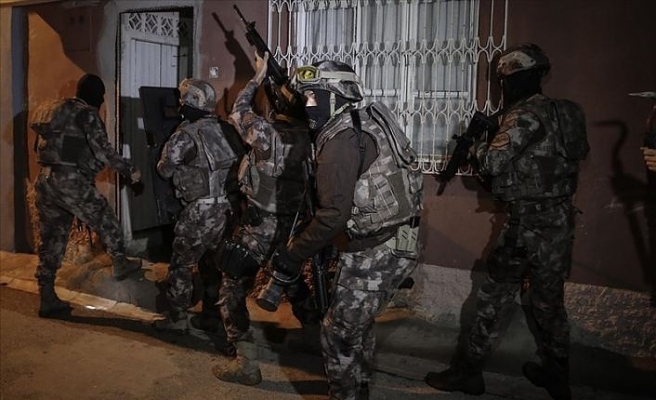 Turkey has dealt a big blow to Daesh terrorist group, as the country’s security forces “neutralized” at least 22 terror suspects and arrested 212 others, including senior figures, in nationwide operations in February.

According to the data compiled by an Anadolu Agency correspondent, numerous organizational documents and digital materials were also seized in the operations.

Turkey's counter-terror fight against Daesh continues in a determined way as security forces carried out simultaneous operations in many Turkish provinces, including Istanbul and capital Ankara.

At least 15 out of 212 suspects were remanded in custody.

Some operations in February

The Turkish forces caught four Daesh members in southeastern province of Sanliurfa, near Syria. They include a female suspect for whom a red notice was issued.

In northwestern province of Sakarya, six Iraqi suspects were remanded in custody for having links to the terror group.

In western province of Bursa, 52 Syrian suspects were caught in operations against Daesh.

The forces also arrested 22 pro-Daesh suspects in an anti-terror operation conducted in Istanbul.

In Bursa, a Syrian citizen, identified by the initials I.T., was arrested. The suspect was particularly active in Syria’s Aleppo and Deir Ez-Zour provinces.

Separately four persons -- including two women wanted by Interpol -- were arrested in counter-terror operations in Bursa.

The Turkish intelligence and police sources told that these female terrorists were hiding in a house in Bursa.

Dutch citizen L.F. and Moroccan-Dutch S.D., who had been wanted by Interpol with red and blue notices, were remanded in custody.