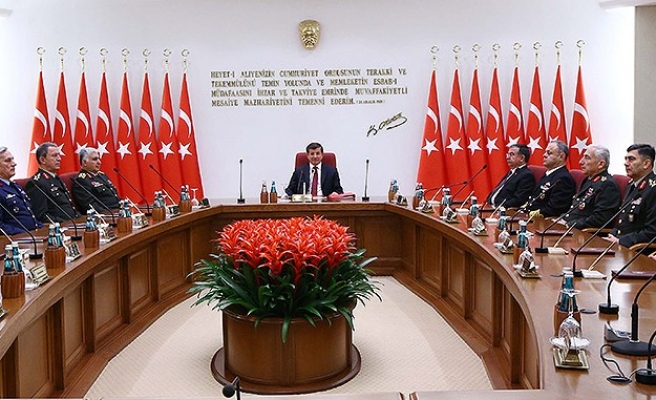 Turkey's top national security body denied reports that all types of religious communities were blacklisted by the state Thursday.

A number of Turkish media outlets reported that the state decided to launch a campaign against all types of religious communities during the Turkish Security Council's latest meeting, on Oct. 30.

"All these claims are completely false," said a statement by the Turkish Security Council Thursday.

"Parallel structures and illegal formations conducting operations under an internal or external legal facade" had been named as a threat to national security and public order in Turkey at a press statement after the body's meeting.

The term "parallel state" is being used by the government since late 2013 to describe supporters of the Gulen movement, who officials say have infiltrated the state and are attempting to overthrow the government.

The ruling AK Party removed religious groups in 2010 from the National Security Policy Document, known as the Red Book, which listed nationala threats.

An investigation related to illegal wiretapping in a 2013 anti-graft probe led to the arrest of dozens of police officers and the transfer of a number of others in addition to members of the judiciary.

All those detained were later released pending trial.

The Turkish government called the probe a "dirty plot" orchestrated by a "parallel state." The anti-graft probe saw high-profile figures close to the government detained.