Turkey's information agency says reports of a bomb-laden vehicle crossing the border from Syria are 'groundless.' 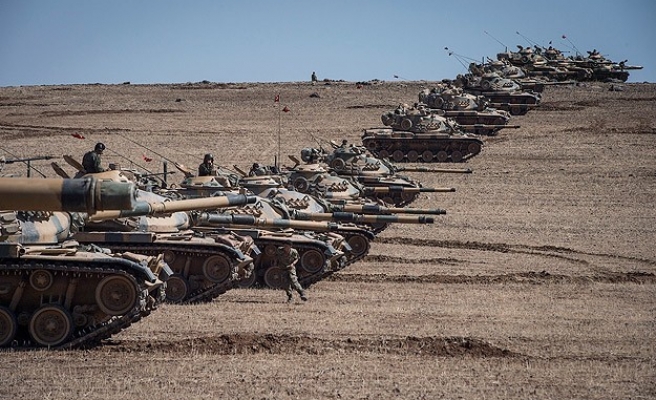 A Turkish government press office has denied allegations that a bomb-laden vehicle has crossed the Turkish border from the Syrian town of Kobani.

Turkey’s Directorate General of Press and Information in the southeast province of Sanliurfa said on Saturday that the allegations, which were published on Turkish media outlets, were "groundless."

Militants from the ISIL and Kurdish peshmerga fighters are still clashing in Kobani, which is just kilometers from Turkey’s southern border.

The statement added that ISIL militants carried out simultaneous attacks in several spots in Kobani, including the Syrian side of the Mursitpinar crossing in the early morning.

“[Turkish] Security forces at the border are vigilant and have identified the activity which began early in the morning and took all necessary measures,” the statement said.

A hill on the Turkish side of the border used by the media to observe fighting in Kobani was evacuated, the statement added.

Clashes between ISIL and the Syrian Kurdish Democratic Union Party’s armed units in Kobani have intensified since September.

The Britain-based Syrian Observatory for Human Rights said earlier that ISIL fighters detonated a car bomb at the border crossing at dawn on Saturday and that clashes broke out after.

A second bomber with an explosive vest later blew himself up in the same area, the Observatory said.

Clashes also broke out throughout the town itself, and another car bomb was detonated to the south, the Observatory said.

At least 30 fighters from the two sides have been confirmed as killed so far, said Rami Abdulrahman, the Observatory's director. Twenty-one of those were ISIL fighters, including four suicide bombers. The remaining nine were from the Kurdish forces.