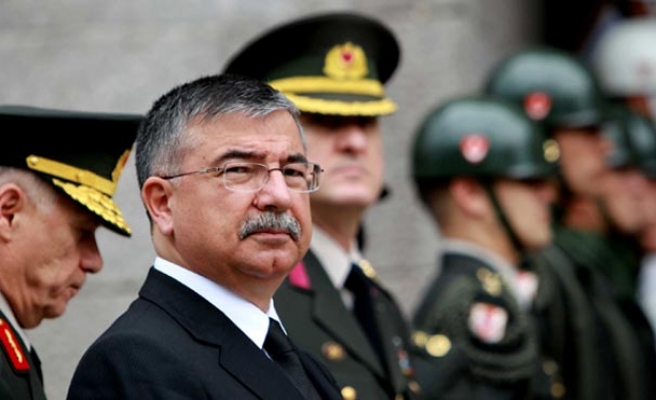 "It is not true," Yilmaz told members of the Turkish parliament in Ankara during a parliamentary budget meeting Sunday night.

The Syrian regime made the claims Sunday. According to the media reports, Syrian Foreign Ministry also sent a letter of protest to the United Nations Security Council over the alleged move.

However, the Turkish minister dispelled the claims and clarified that Turkish troops have no intention of entering Syria.

Tensions have increased along the Turkish-Syrian border in the last few days; Turkish army and the PYD terrorists continue to trade fire along the border.

A mortar fired from Syria hit a Turkish border post Sunday, Yilmaz said. According to the minister, the bombardment was carried out by PYD forces that hit a post in Kilis province to which the Turkish military responded with shelling.

About claims that Saudi warplanes have arrived in Turkey, the minister said: "At the moment they [aircraft] haven’t arrived, but they [Saudis] have come for exploration."

Yilmaz said that "four [Saudi] F-16s will come, the decision has been taken".

He clarified that the Saudi jets have not arrived "today, but they can come tomorrow". He said that Turkey has allowed Saudi authorities to send their warplanes.

On Saturday, Saudi military spokesman Brigadier Ahmed al-Assiri told Al Arabiya television network that Saudi military jets have arrived in Turkey's Incirlik air base in southern Adana province to carry out missions against ISIL. He said that the aircraft will be used in joint operations against ISIL in Syria.

The PYD and its armed wing -- the YPG -- is the Syrian branch of the terrorist PKK organization, which has targeted Turkish security forces as well as civilians since 1984.