The €920 million program aims to provide in Turkey a high level of quality and sustainable employment; and will guarantee decent social protection. 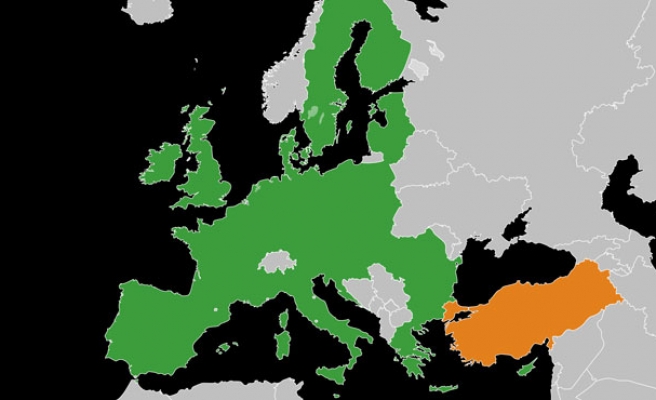 The agreement aims to provide in Turkey a high level of quality and sustainable employment; guarantee adequate and decent social protection; combat social exclusion and poverty, and improve work conditions.

In a statement released late Friday, the EU Ministry said, "The budget of the program for seven years will be approximately €920 million and serve as a financing instrument at the EU level to promote modernization of employment and social policies, job mobility and access to microfinance and social entrepreneurship."

The program will be coordinated by Turkish Ministry of Labor and Social Security.

The program is considered a part of Turkey's "National Action Plan for EU Accession," which was unveiled by EU Minister Volkan Bozkir on Dec. 1, 2014. The action plan has been prepared in the context of “Turkey’s New European Union Strategy.”

This is part of the two-phase action plan, which includes primary legislation, secondary legislation, institution building and other relevant work for aligning with the EU legislation for the June 2015-June 2019 period.

The national action plan is a roadmap that lists Turkey’s priorities on political reforms and socio-economic transformation within the context of its EU accession process.

Negotiations for Turkey’s accession to the EU began in 2005. Turkey must comply with 35 EU policy chapters that set out reforms to become a bloc member. So far, only 14 chapters have been opened while 17 remain blocked and a further four have yet to be discussed.

Turkey continues to pursue EU membership and is ready to open negotiation chapters 23 and 24, on "judiciary and fundamental rights" and "justice, freedom and security" respectively.