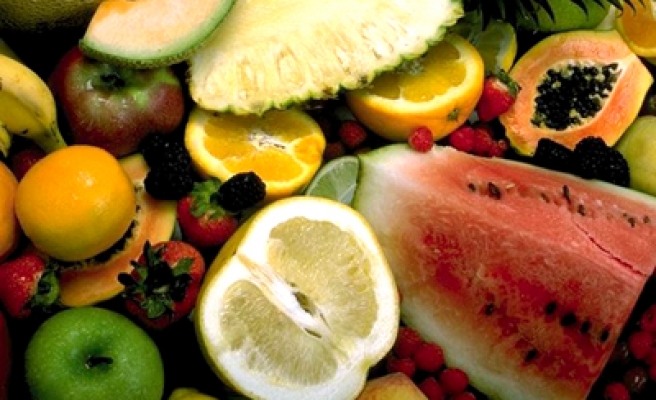 Mehdi Eker said: Turkey’s share of Russian imports increased in the first 9 months of the year compared with the same period last year. We predict a further increase next year."

Minister Eker visited The Anadolu Agency's Editor Desk on Monday and was interviewed by AA editors.

Turkey is a major supplier of food and agricultural produce to Russia with $1.68 billion worth of trade last year.

After the U.S. and EU imposed sanctions on Russia for its role in the conflict in Ukraine, Russia retaliated with restrictions on the importation of food from the European Union and other western countries in August.

The restrictions created big opportunities for Turkey and Latin American nations like Brazil, which increased food imports to Russia.

In the first nine months of the year, Turkey's exports to Russia were valued at $4.5 billion with the main export products being textiles, yarn, fabrics, manufactured goods, vegetables and fruit.

Touching upon the country's agricultural support programs, Eker said that " 31 percent of the budget has been given to the country’s livestock sector," he said. The support program's budget is 9.7 billion Turkish lira ($4.4 billion) in 2014.

Commenting on the huge price differences between producer and consumer prices for agriculture products in the country, Eker said: We admit this, but this is not only related to his ministry. We can not find a solution without considering other parts of the food supply chain.

Commenting on the "solution process" – negotiations intended  to end the conflict between the Kurds, the largest ethnic minority in Turkey, and the Turkish  government, Eker said: “Making peace is more difficult than war. Once the solution process is achieved, ensuring peace and tranquility in the Middle East will be much easier to achieve.”

For three decades, Turkey has fought a bloody insurgency waged by the Kurdistan Workers’ Party that has cost tens of thousands of lives.

But both parties have been trying to find a solution to the conflict since 2013.  The government and the Kurdistan Workers' Party  entered into a cease-fire last year. These talks, called a "solution process," are making progress in ending the conflict.