Turkey hands over control of refugee camps to Iraq

Control of two refugee camps, which have a capacity of 20,000 people, was transferred to the Dohuk governorate in a signing ceremony Wednesday 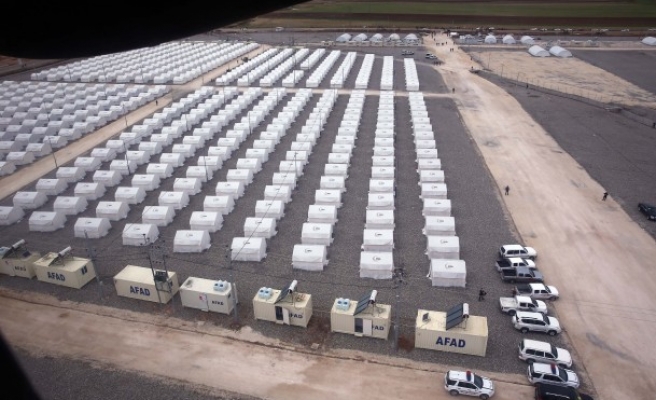 Turkey's Disaster and Emergency Authority transferred management of two of its refugee camps, both located in northern Iraq, to Iraqi authorities Wednesday.

Control of the two refugee camps, which have a capacity of 20,000 people, was transferred to the Dohuk governorate in a signing ceremony.

"Turkey's relationship with the Iraqi Kurdish Regional Government is more than just a written agreement," Inam said at the ceremony, where he also thanked the Turkish government for its help in the region.

On Nov. 21, Turkish Prime Minister Ahmet Davutoglu visited the Yazidi refugee camp set up by the Disaster and Emergency Management Presidency in the Zakho district of Dohuk city.

The camps set up by Turkey’s Disaster and Emergency Management Presidency accommodate Iraq's displaced citizens fleeing the advance of the ISIL.

The rise of ISIL since early June triggered a massive wave of internal displacement of more than a million Iraqis.