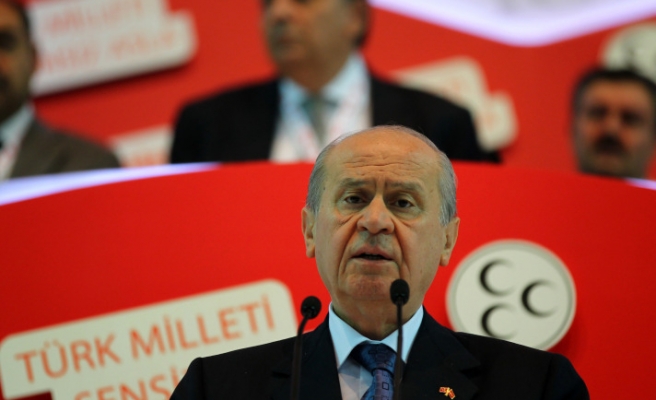 Turkey's opposition parties on Tuesday criticized the ruling party's economic policies, saying they are leading Turkey into a "financial bottleneck."

Nationalist Movement Party head Devlet Bahceli said the 12-year-old government could not find a way to repair structural problems in the economy, in a speech at his party's group meeting.

"Turkey is headed for a financial bottleneck," Bahceli warned.

Bahceli called the government's economic plan a "fiasco." "This plan cannot heal our wounds," he insisted.

Republican People's Party head Kemal Kilicdaroglu said "If you built this palace with the people's money, it is a betrayal; if with your own money, then it is a waste."

Kilicdaroglu, who heads the largest opposition party, said the reputation of the country does not depend on building a new presidential palace.

"If the government grows rich, and the people grow poorer, then the country will not have a good reputation," he said.

If you create a viable economy, producing goods, services and innovation, then you will be a respected country, Kilicdaroglu observed.

Turkey's President Recep Tayyip Erdogan has said that spending on the new palace and the government jet were necessary for the reputation of the country.

The palace in Ankara's Bestepe area will be the residence of the Turkish presidency, replacing the Cankaya Palace, which has been the traditional home of the president since the founding of the Republic of Turkey.

The Turkish finance ministry said the construction of the new Presidential Palace has cost $615 million, and the purchase of a brand new Airbus A330-200 jet for government use cost $185 million.

The former presidential palace in the capital's Cankaya district will be used as a Prime Ministry office.