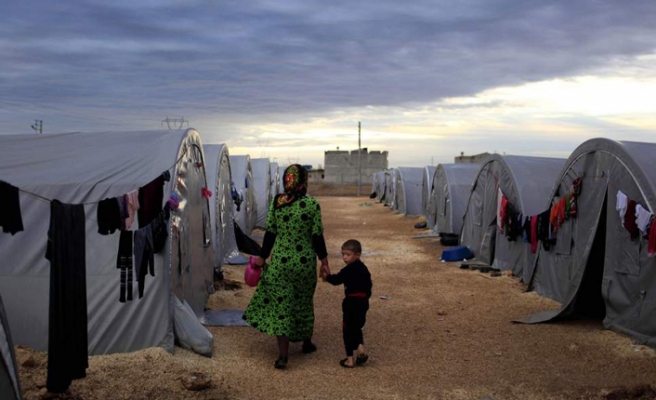 Turkey’s most crowded city of Istanbul is home to the largest number of war-weary Syrians in the country, according to a parliamentary report on Thursday.

The Immigration and Integration Committee operating under the Human Rights Commission at the Turkish parliament published a report on the education of Syrians in Turkey.

Nearly 559,000 Syrians live in Istanbul, a metropolis with a population of almost 15 million, according to the report based on Interior Ministry’s Migration Management Directorate data.

The number equals to the one-sixth, or 16.6 percent, of the Syrians living in Turkey, according to the data.

Ranking second among the top 10 provinces hosting majority of the Syrians, the southeastern province of Sanliurfa is home to nearly 460,000 Syrians, while over 400,000 Syrians live in the Hatay province on the Turkish-Syrian border, down compared to last year.

In the southern province of Kilis, there are some 122,000 Syrians present, while the lowest number of Syrians live in central Konya province with over 102,000 people.

The top 10 provinces hosting majority of the Syrians in Turkey are as follows:

Syria has only just begun to emerge from a devastating civil war that began in 2011 when the Bashar al-Assad regime cracked down on demonstrators with unexpected ferocity.