'It is out of the question for us to do something against international law,' a Turkish official says 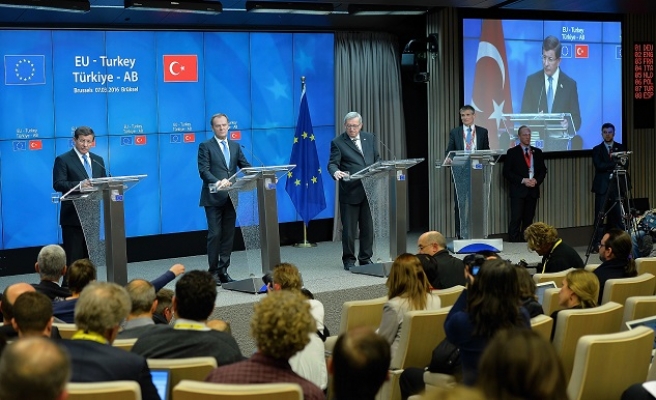 EU and Turkish leaders agreed on Monday to a tentative proposal including the return of refugees landing in Greece and a 'one-for-one' swap of Syrian refugees.

But the deal quickly came under fire, with the UN's top officials on refugees and human rights questioning whether expelling refugees en masse from Greece to Turkey would be legal.

A Turkish official speaking on condition of anonymity insisted the plan, which still has to be approved at an EU summit late next week, would respect international law.

"It is important for us that the agreement is compatible with international law on refugees," the official said.

"It is out of the question for us to do something against international law."

EU leaders had hoped the mooted deal with Turkey could help stem the flood of refugees streaming through the bloc in search of a better life, many fleeing the war in Syria.

The flow of people has claimed a terrible toll, with hundreds of refugees dying already this year as they made the perilous sea crossing from Turkey to the Greek islands.

The Turkish official said Ankara wanted to do "whatever is required on a legal ground" to stop the risky refugee journeys.

"We need to form the legal basis very well. We are working on this," the official said.