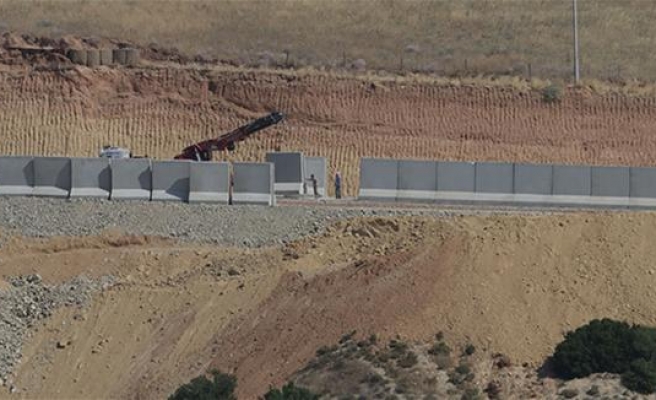 Turkey has installed an electronic security system in its southernmost Hatay province on the border with Afrin, a Syrian town presently under the control of the terrorist PYD/PKK, military sources said.

Having successfully passed the initial tests by the Turkish Armed Forces (TSK), the first phase of the “Kayi Border Security System” project has now been activated, the source said on condition of anonymity due to restrictions on speaking to the media.

Developed by the Undersecretariat for Defence Industries, the system is being installed along a 40-km (24.8-mile) segment of the border with Afrin, and currently the initial 20-km (12.4-mile) part has been completed, the source said, adding that the project would cover the entire borderline with Syria.

Entirely Turkish-made, the system immediately alerts the command center when drones, vehicles or humans are approaching the border. The cameras automatically focus on potentially threatening objects and all videos and images recorded at the border are gathered in the center. The system is capable of immediately notifying security forces against all kinds of threats.

In case of an attack, the Stabilized Advanced Remote Weapon Platform (SARP), manufactured by Turkey’s major defense company Aselsan, immediately pinpoints the precise location of the attack. The weapon platform then automatically locks on to the target, awaiting the order to shoot.

The enhanced detection capabilities of the system also include underground sensors that can detect any object approaching the border as well as all attempts to dig underground tunnels.

The installment of the top-notch security system comes as a substantial contribution on top of the construction of a modular wall being erected to prevent all cross-border infiltrations from Syria. Running along Turkey’s Syrian border for several hundred kilometers, the wall construction is almost complete, with security forces already patrolling the border 24 hours a day.

An operation in Afrin -- a region bordering Turkey's Hatay and Kilis provinces -- is widely expected in the wake of Turkey's successful seven-month Operation Euphrates Shield in northern Syria, which ended in March 2017.

The Bashar al-Assad regime handed over Afrin to the PYD/PKK terror group without putting up a fight, and there are currently some 8,000-10,000 terrorists in the area, according to information gathered by Anadolu Agency.

After Turkey issued several severe warnings of an imminent operation, the terrorists in Afrin are now hiding out in shelters and pits in residential areas there.

The PYD/PKK is the Syrian offshoot of the PKK terrorist group, which has been designated a terrorist organization by Turkey, the U.S., and the EU.

Since the mid-1980s, the PKK has waged a wide-ranging terror campaign against the Turkish state in which an estimated 40,000 people have been killed.