"Important decision" to use national currency in trade between Iran and Turkey is set for finalization next week: Rouhani 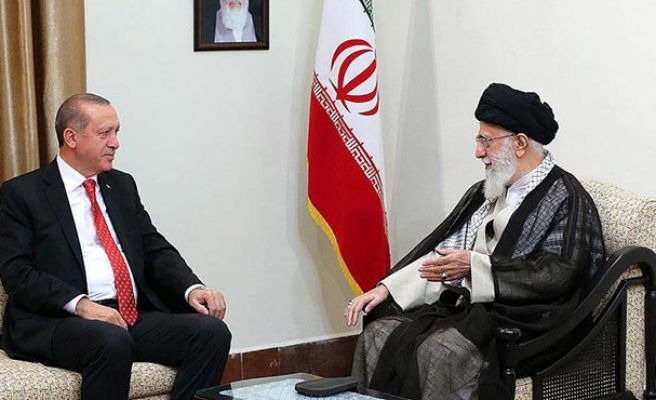 Adeli, in an exclusive interview with Anadolu Agency in Moscow, welcomed Turkey and Iran's agreement on using national currency following the trend to use this over international currencies like the dollar.

"If sanctions, restrictions and political considerations are somehow limiting the countries' free trade, they will start having more willingness to do it [trade in national currencies]," Adeli said.

He asserted that this practice will have a knock-on effect on other countries that will follow suit when they see that it is not just possible but profitable.

In response to the question of the gas price dispute between Turkey and Iran, Adeli expressed his hope that a resolution can be found through the meeting held on Wednesday between Turkish President Recep Tayyip Erdogan and his Iranian counterpart Hassan Rouhani in the capital Tehran.

"If Erdogan has gone to Iran, it is a great and historic opportunity to come to some settlement. Why not? As an Iranian, I hope there will be much closer relations between Iran and Turkey. Two great countries of the region have to be friends, and they have great potential," he stressed.

During Rouhani's press conference late on Wednesday, he said, "One of the most important decisions made is the use of national currency in commerce for developing banking relations between the two countries."

He added that the decision would be finalized next week.

In 2012, Turkey sued Iran in the International Court of Arbitration for overpricing on gas purchases during the four-year period from 2011 to 2015.

The court ruled in favor of Turkey in February 2016 and ordered that both parties agree on a reduction of between 10 percent and 15 percent in the price of Iranian gas exports to Turkey.

Adeli, in response to recent news of Iran ranking as Turkey biggest crude oil exporter, reacted philosophically and said that any kind of cooperation between Iran and Turkey is natural.

He said that more stability in Iran and Turkey's geographical region would lead to greater trade.