Iraq and the Kurdish Regional Government had come to an agreement to resolve the conflict of oil exports and re-establish trust last Friday. 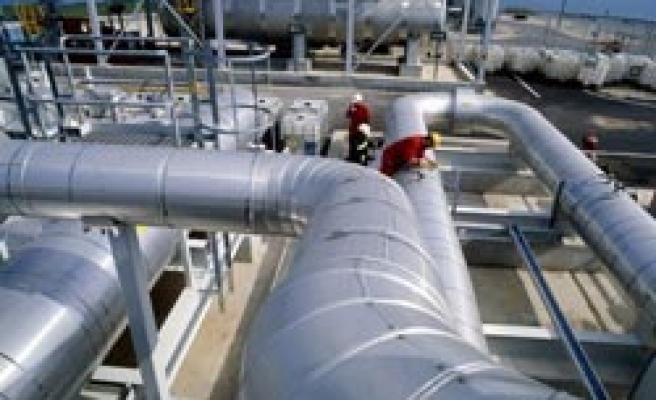 The Central Iraqi government will restart transporting oil which was halted in March, Turkey’s Energy and Natural Resources Minister said at an energy conference in Rome on Wednesday.

"Income from oil contributes towards the stability of Iraq, and we (Turkey) argued from the beginning that it belongs to all Iraq both north and south. Turkey did its share of work to form and protect such a system," Turkey's Energy and Natural Resources Minister Taner Yildiz said at the 'Building a Euro Mediterranean Energy Bridge' Conference in Rome.

"We will witness oil transportation of 150 thousand barrels per day effective from today (Wednesday) from the Central Iraqi government," Yildiz said.

The government of Iraq and the semi-autonomous Kurdistan region have begun implementing a deal under which Baghdad resumes funding Kurdish civil servant salaries in return for a share of Kurdish oil exports, Iraq's finance minister said on Wednesday.

Under the agreement reached last week, Kurdish authorities committed to pump 150,000 barrels per day of oil - around half their overall shipments - to Iraqi government export tanks in the Turkish port of Ceyhan.

"This payment will be followed by other payments," Zebari, who is a Kurd, told a news conference in Baghdad.

Baghdad cut the Kurds' share of the budget to punish them for exporting oil without its consent. The region was plunged into financial crisis, but has continued pumping oil through its independent pipeline to Turkey, and exports recently increased to around 300,000 bpd.

Iraqi leaders are under pressure to bury differences in order to counter Islamic State militants who control substantial parts of Iraq and neighbouring Syria.

In July, then-foreign minister Zebari said the Kurdish political bloc withdrew from the national government in protest against then-prime minister Nuri al-Maliki's accusation that Kurds were harbouring Islamist insurgents in their capital.

The Kurds later rejoined the administration. But tensions persist even after Maliki's replacement by Prime Minister Haider al-Abadi, also a Shi'ite Muslim but seen as more moderate and capable of cooperating with Sunni Muslims and Kurds.

There are about 5 million Kurds in majority Arab Iraq, which has a population of more than 30 million. Most live in the north, where they run their own affairs, but remain reliant on Baghdad for a share of the national budget.

The Kurdish Regional Government continued to sell oil to the world's markets from the Ceyhan port of Turkey via the Kirkuk-Ceyhan pipeline. The central government accused the Kurdish Regional Government of violating the constitution which stipulates that oil sales be administered directly from the capital Baghdad whereas the Kurds insist that it is their right to sell oil for their people’s needs.

On a separate issue regarding the island of Cyprus, Yildiz said the energy resources around Cyprus belong to all the islanders, both the Greek Cypriot Administration and the Turkish Republic of Northern Cyprus.

According to Yildiz, a sustainable move is to have cooperation in the eastern Mediterranean, and to this end, a political structure on the island needs to be set ensuring economic feasibility.

The Greek-Cypriot Administration suspended talks over the divided island on October 7.

Negotiations between Turkish Cypriots and Greek Cypriots resumed after a two-year pause in February 2013. The previous round of talks collapsed partly because of the impact of the Eurozone debt crisis on the government in Lefkosa.

According to the Turkish Foreign Ministry, Prime Minister Ahmet Davutoglu will visit Athens on December 5 and 6 to attend a bilateral cooperation meeting.