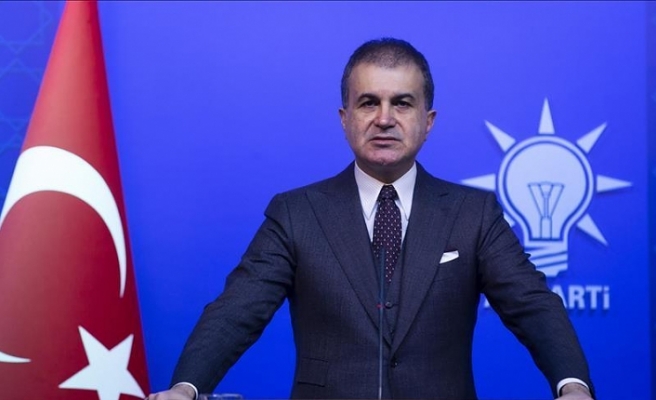 Turkey has been the "only friend" of Kurdish people, the spokesman for the ruling Justice and Development (AK) Party said on Tuesday.

Celik added that Turkey is also a friend to Arabs and Turkmens in the region.

"Those who tell Turkey 'don't touch Kurds' should look in the mirror and remember their oppression of Kurds," he said, evidently referring to remarks by U.S. Secretary of State Mike Pompeo and National Security Adviser John Bolton warning against Turkey attacking "Kurds," in an illicit conflation of “Kurds” with the terrorist PKK/PYD.

Turkey has said it is planning a counter-terrorist operation into Syria targeting the PKK/PYD, following two successful operations since 2016.

Ankara has criticized the U.S. working with the terrorist PKK/PYD to fight Daesh, saying using one terror group to fight another makes no sense.

In its 30-year terrorist campaign, the PKK has taken some 40,000 lives, including women and children. The PKK/PYD/YPG, its Syrian branch, terrorizes Kurds, Turkmen, and Arabs in Syria, according to Turkish officials.

The U.S. should know that Turkey is its ally, said Celik, calling it allying itself with terrorist groups a “great failure.”

He added that Pompeo and Bolton "explicitly" know that the PKK/PYD is a terrorist group.

"We will hold the introductory meeting [of all mayoral candidates], where we announce manifesto on Jan. 31 in Ankara," Celik said.

The local elections in Turkey are scheduled on March 31.