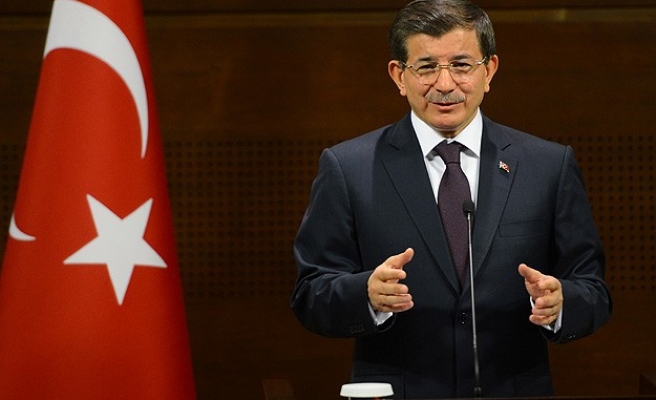 Prime Minister Ahmet Davutoglu has described Turkey as "the last castle of oppressed nations" for its hosting of millions of people fleeing the civil war in Syria.

Speaking at his Justice and Development Party's (AKP) weekly group meeting, Davutoglu said Turkey had become a shelter for Turkmen, Arabs and Kurds that faced oppression in Syria.

In his remarks, Davutoglu touched upon Russian airstrikes in and around Aleppo and said millions of others were on the edge of a huge and new humanitarian tragedy.

Since Sept. 30, Russia -- a close ally of Bashar al-Assad -- has targeted a number of civilian areas in Syria, according to U.S. officials.

Davutoglu pledged to take side with "oppressed people without discriminating [between] Turkmen, Arabs or Kurds" and said Turkey would never close its gates to those who are in trouble.

The prime minister said there was no longer much time for a fair and permanent solution in Syria and those who said they were in Syria for a solution were further knotting the issue.

"Russia continues to bomb civilian positions that have nothing to do with terror," Davutoglu said and added that 90 percent of more than 6,000 Russian airstrikes had targeted civilians and the moderate opposition.

Backed by allied militias including Lebanon’s Hezbollah and supported by Russian airstrikes, Syrian government forces have made a number of advances on rebel-held towns near Aleppo, most recently taking cities to the north -- cutting rebel supply lines to Turkey.

"We have the information of location each bomb fell in and the U.S., UN and the international community know it," Davutoglu added.

Davutoglu recalled that the Soviet forces withdrew from Afghanistan in a miserable manner during Cold War days and added that those who entered Syria would leave in the same way.

"Those who throw bombs in Aleppo will give account in front of history and Syrian people," the prime minister added.