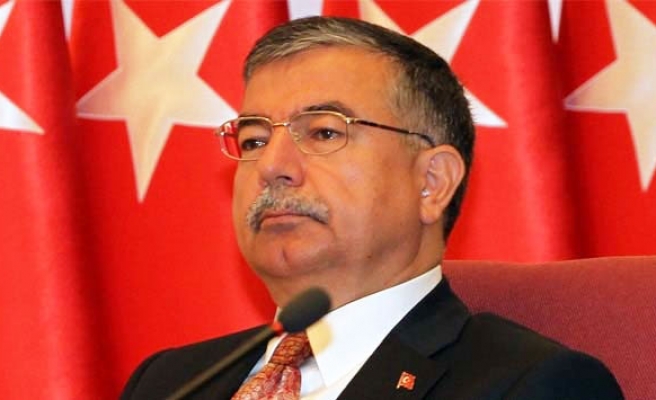 The two-day Berlin Security Conference, one of the most prominent forums on European security and defense, will start on Tuesday and bring together around 1,000 participants from more than 50 countries.

The conference's organizer, Uwe Proll, told The Anadolu Agency in a recent interview that Turkey is a reliable partner of the EU and NATO and that they would listen to its views on the conflicts in Syria, Iraq and Ukraine.

This year, Turkey is a partner country of the conference. “At no other time could Turkey have been a better partner for the Berlin Security Conference,” Proll said.

“We think that Turkey is a perfect partner for the conference this year as it will focus on Europe’s neighborhood, unrest and instability,” he continued.

“We are going to discuss recent developments in Syria, Iraq and Ukraine and it is very important for us to see what Turkey’s positions are on the conflicts in these countries. I think Turkey is a good partner to find common positions with,” Proll said.

“Turkey is a trustworthy and reliable partner of the EU and NATO and an anchor in the Middle East,” he stressed.

Ismet Yilmaz, Turkey’s minister of national defense, and Lieutenant General Alpaslan Dogan, chief of the plans and policy division of the Turkish General Staff, are among the top officials who are expected to deliver remarks at the Berlin Security Conference.

Proll said the conference will focus on military projects and political efforts towards developing a common European security and defense policy.

He underlined that Turkey and European partners could also develop closer cooperation in this area.

Proll said the three important military topics in this year’s conference will be cyber security, missile defense and unmanned air vehicles, or UAVs.

“The discussions will reveal new opportunities in this field,” he added.

Among the participants of the Berlin Security Conference are representatives of Turkey's leading defense industry companies, such as: Turkish Aerospace Industries, military software company Havelsan and missile specialists Roketsan.