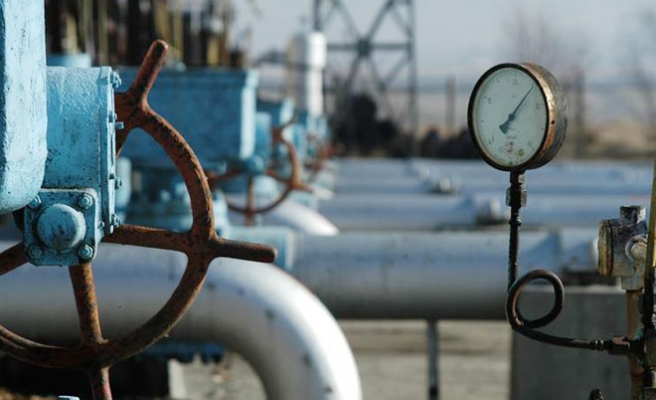 Turkey and Israel's talks on the proposed natural gas pipeline construction to bring Israeli gas to Europe are at an "advanced stage", according to the adviser to Israel's Minister of National Infrastructure, Energy and Water Resources on Friday.

Speaking exclusively to Anadolu Agency, Dror Cohen said discussions between Turkey and Israel were currently on the price and the route of the proposed natural gas pipeline between the two countries.

The EastMed pipeline project is a European project of common interest, which involves an offshore and onshore natural gas pipeline, directly connecting East Mediterranean resources from the Leviathan gas field in the Mediterranean Sea off the coast of Israel to Italy and Greece via Southern Cyprus and Crete.

"We have some issues around the price and around how much and where exactly the pipeline will go. We are in the middle of negotiations," Cohen said, adding that he was hopeful that through flexibility from both Turkey and Israel, an agreement would eventually be made.

The negotiations involve both private Turkish and Israeli companies as well as government officials.

In a recent visit to Turkey on the sidelines of 22nd World Petroleum Congress in Istanbul, Israel's Minister of National Infrastructure, Energy and Water Resources, Yuval Steinitz said Turkey and Israel agreed to try to conclude the inter-governmental umbrella agreement that will enable the construction of the Turkey-Israel pipeline by the end of this year.

The Israeli adviser noted that Israeli officials were also in talks with government officials and CEOs of regional countries stemming from a meeting in Greece a few weeks ago.

"They are working on a regional agreement. I cannot give more details on this. In Turkey we also have separate negotiations," he said.

Although he expressed his hope that it was only a matter of time before an agreement was signed with Turkey, declaring that the country was "very, very important to my administration and to my government". He also said that Israel was keeping its options open for the exportation of gas with Greece and Egypt.

"There are always options, and we do not put any option above the other," he declared.

"We can do it in parallel with all three [Turkey, Greece, Egypt]," he said, reiterating that Israel just wanted to conduct business and get things going.

Israel is willing to sign the umbrella agreement between Turkey and Israel that will pave the way for the Turkey-Israel natural gas pipeline, Cohen said.

"The umbrella agreement will happen, but we need Turkey and Israel's agreement. So all of us have to find the middle ground to make it happen."

The route and the price are issues that need to be worked out, Cohen explained, adding, "We think that with the Turks we can make things happen. It is just a matter of time until we sign the agreement."

Cohen expressed his hopes that a visit shortly from Turkey's Minister of Energy and Natural Resources Berat Albayrak in Tel Aviv would move the project along.

"I think when the time comes and the agreement is on the verge of signing, we will hopefully see him in Tel Aviv. I am waiting, the minister is waiting, our offices are waiting and the whole of Israel is waiting for the minister to come," he said.

Turkey imports a lot of gas from many countries such as Qatar and Russia, Cohen said highlighting that the country currently used 50 billion cubic meters (bcm) of gas per year. With such demand, more gas can be provided through the Turkey-Israel pipeline, of which the capacity will be decided after calculations are complete, according to Cohen.

"We will not sign an agreement for the Turkey-Israel pipeline that will not answer all of our requirements. So we will wait for the agreement and then we will build the pipeline. Simple as that," he said.

Aware of the competitive pricing of gas in the world market, the Israeli adviser argued that the price of Israeli gas would also be competitive, being one of the lowest in the Western world based on long-term contracts rather than the spot market.

The East Mediterranean region has several natural gas fields, which as yet have not been commercialized via pipelines or LNG facilities, such as the Leviathan field with a capacity of 620 billion cubic meters (bcm) and the Tamar field with 283 bcm in offshore Israel.

The Leviathan field, discovered in 2009, holds an estimated 613 billion cubic meters (bcm) of gas with 39.4 million barrels of condensates. The field is set to begin production in the fourth quarter of 2019.