Syrian nationals get over 4 years in prison over boat accident that killed toddler, other refugees 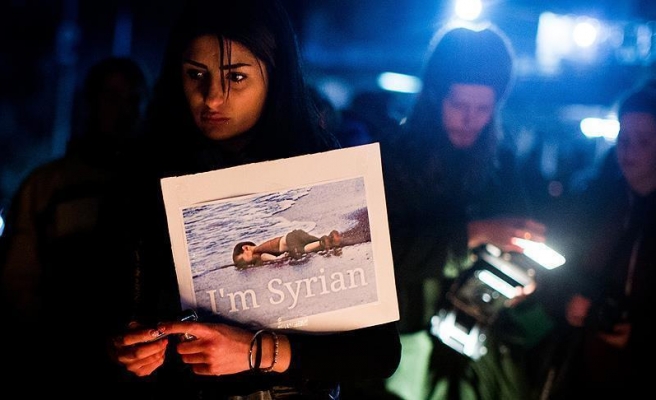 Two Syrian nationals have been sentenced to over four years in prison over the boat accident that claimed the life of Syrian toddler Aylan Kurdi, who came to symbolize worldwide the plight of desperate Syrian refugees.

Last September, 3-year-old Kurdi was one of 14 Syrian refugees on a boat, including eight children, whose lifeless body washed up on a beach near the Turkish resort of Bodrum, in Turkey's Aegean Mugla province, after their boat sank en route to Aegean Greek islands.

The Bodrum High Criminal Court convicted both Syrians, Muwafaka Alabash and Asem Alfrhad, of migrant smuggling in the deadly accident while acquitting them of charges of "causing death by reckless negligence."

Turkey’s Aegean provinces – Canakkale, Balikesir, Izmir, Mugla and Aydin – are prime spots for refugees leaving for the EU, with many Greek islands lying within sight of the Turkish coast.

Over the past year, hundreds of thousands have made short but perilous journeys in a bid to reach northern and western Europe in search of a better life.

An average of two children have drowned every day since September 2015 as their families try to cross the eastern Mediterranean, and the number of child deaths is growing, according to the IOM, UNHCR, and UNICEF.

Since last September, more than 340 children, many of them babies and toddlers, have drowned in the eastern Mediterranean.