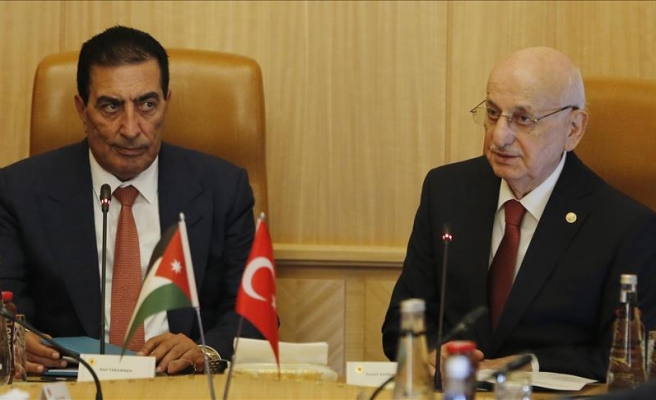 Speakers of the parliament from Turkey and Jordan on Tuesday appreciated the strong bonds between the two friendly countries.

Ismail Kahraman met his Jordanian counterpart Atef Tarawneh in the Turkish capital Ankara, where he said: "Frequent parliamentary relations will surely strengthen the friendship between our nations and states."

Tarawneh said that Jordan faces problems which are similar to Turkey.

"Our country has a large number of refugees from Syria, which is a common problem [for Turkey and Jordan]. Our borders [with Syria] are closed. They need to reopen in cooperation with the two countries,” he added.

Since the civil war in Syria erupted in March 2011, more than 250,000 people have been killed, according to the UN. The Syrian Center for Policy Research puts the death toll at more than 470,000.

Hundreds of thousands of civilians have been killed in the confl