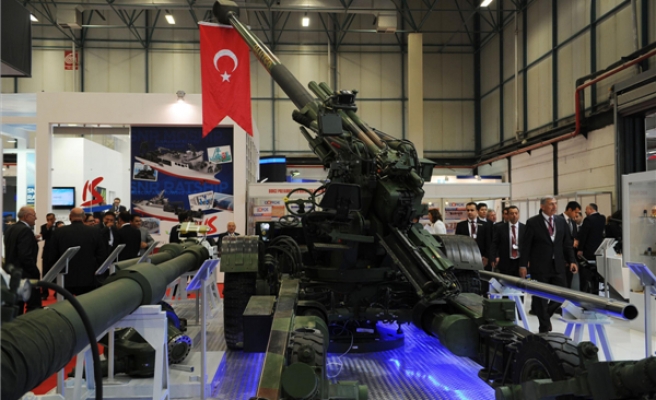 Pointing to improvements in Turkey's national defense industry, Davutoglu added: "We have given approval to a new defense industry project worth a total of $5.9 billion."

Davutoglu was also presented with the prototype of the national infantry rifles, which he said would be mass produced, starting this year.