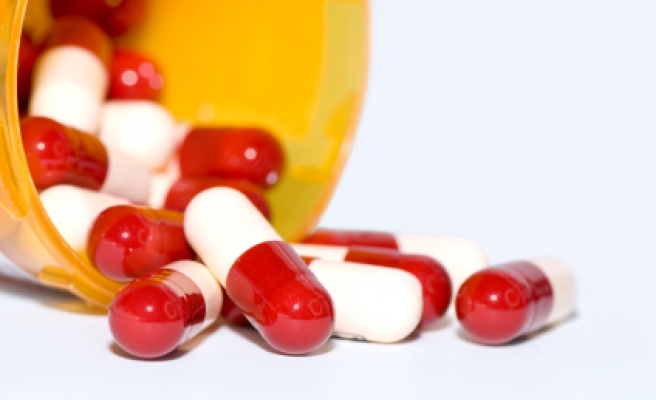 Turkey ranks first among 40 European countries who consume the most antibiotics, the country’s Health Ministry has said.

The overuse of antibiotics causes resistance to the drugs - a major global threat, the World Heath Organization, or WHO, has previously established.

"The problem of antibiotic resistance is not a regional concern, but one of the most serious health threats in the world," Irfan Sencan, Health Ministry deputy undersecretary , said Wednesday speaking at a symposium which was held in Istanbul to raise awareness on the misuse and overuse of antibiotics.

Organized by Turkey's Ministry of Health and the Istanbul Provincial Health Directory, the symposium hosted a number of academicians, doctors, chemists and other medical personnel.

"All should work together to fight against misuse of antibiotics," Sencan said adding the fight is not regional or national, but global.

On average, a Turkish citizen consumes three times more antibiotics than someone from the Netherlands, says the Istanbul provincial directorate of health.

The Netherlands consume the least amount of antibiotics among European countries.

There is an increasing trend of antibiotics consumption between 2007 and 2013, said  Ali Alkan, an official from the health ministry.

Since 2011, Turkey records data on how often doctors include antibiotics thanks to an electronic system of prescription.

Among all the drugs prescribed by doctors across the country in the past three years, a third included antibiotics.

The southeastern region of the country, Diyarbakir province in particular, has the highest amount of antibiotics use, while Artvin in the Black Sea region has the lowest.

According to a 2014 World Health Organization report, “antibiotic resistance is no longer a prediction for the future; it is happening right now, across the world, and is putting at risk the ability to treat common infections in the community and hospitals.”

The Istanbul provincial health director Selami Albayrak said the issue was first brought up by the World Health Organization in 1985.

Since then, countries have adopted measures to attempt to limit the health threats caused by the misuse and overuse of antibiotics, said Albayrak.

"When misused, antibiotics become ineffective," he said, stressing the fact that creating a new antibiotic was a "long and difficult" process.

As antibiotics become ineffective, the ability to fight infectious diseases and to manage complications will become more difficult, he said.

Pointing out that autumn and winter were the seasons when people consume the most antibiotics, Albayrak insisted that these drugs had no effect on viral infections, such as the common cold.

"Misusing harms whatever the drug. However, if someone is overusing a pain killer, for example, they only harm themselves," said Ali Alkan. "When they overuse the antibiotics, they harm the whole society."

"Without urgent, coordinated action, the world is heading towards a post-antibiotic era, in which common infections and minor injuries, which have been treatable for decades, can once again kill," the World Health Oragnization says in its report.

"Efforts are also increasing to strengthen awareness on reducing the use of these drugs," Alkan said.

In Turkey, at a local level, meetings have been organized, banners and leaflets have been prepared as well as short introduction films, he adds.

Handbooks have also distributed to children in schools to raise awareness on how to use drugs more consciously.

Turkish citizens can also get more information at http://www.akilciilac.gov.tr/