According to Turkish PM's spokesman, the new proposal is to be submitted at the upcoming EU summit on refugees 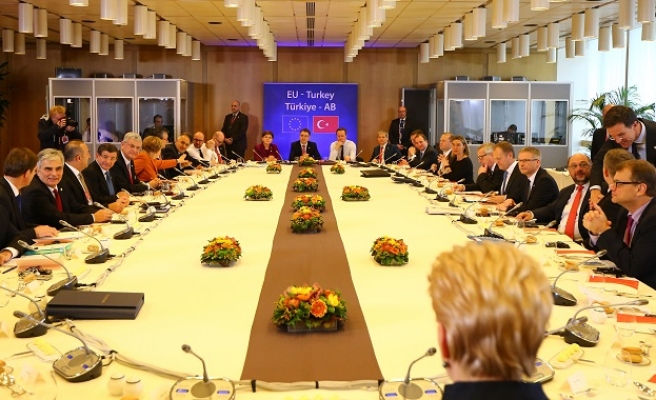 Turkey's prime minister made a new proposal for tackling the refugee crisis at a summit in Brussels on Monday, leading EU leaders to extend their meeting, officials said.

He refused to give details of the new offer, but added: "We are not here just to talk about refugees. Of course Turkey's EU accession process is an issue for us here.

European Union leaders called the summit to follow up on a deal signed with Turkey in November, under which Ankara agreed to cut the flow of refugees to Europe and take back more deportees in exchange for three billion euros ($3.3 billion) in aid.

The EU also agreed to open new "chapters" in Turkey's long-stalled bid to join the EU.

Irish Prime Minister Enda Kenny told reporters said he believed that one of the issues Turkey had brought up was speeding up the relaxation of visa regulations for Turkish nationals travelling to Europe.

European sources confirmed that the summit, due to involve a working lunch with Davutoglu followed by a meeting of the 28 EU leaders, had now been extended into the evening.

"The Turks are offering more, they are demanding more," a senior European source told AFP. "It's more ambitious on all aspects".

The source added: "Davutoglu has presented some new ideas and new proposals at lunch. The EU 28 will gather at a working session to discuss the new ideas -- that will take some time.

"Then we have foreseen a dinner with the participation of Davutoglu."