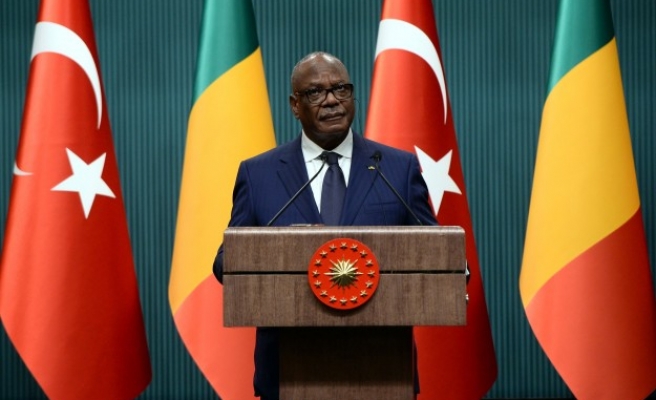 Turkish and Malian officials pledged to boost economic ties between the countries Wednesday as direct flights from Istanbul to the Malian capital are expected to start in May.

"Our country is very rich in agriculture, livestock and mining. We also have a huge potential in industry and construction goods, although they are mostly exported as raw material," said Keita, inviting Turkish businessmen to invest in his country, of which the aim is to increase growth rate more than 10 percent by 2018.

The Malian president had met with his Turkish counterpart Recep Tayyip Erdogan on Tuesday, signing five agreements on security, culture and education.

Yilmaz, who urged for free trade between the countries, pointed at opportunities in cotton production and processing, and construction sector for infrastructure-hungry Malian cities.

"Mali produces qualified cotton and exports it as raw material. We can cooperate on cotton production," said Yilmaz.

"The Turkish construction sector can make serious contributions to Mali as well," he added, referring to the infrastructure needs of the developing country.

The minister also announced that the country's flag-carrier Turkish Airlines will propose flights to Malian capital Bamako from Istanbul this coming May.

The two countries boasted a $43 million trade volume in 2014, a number that is aimed to increase to $500 million as part of Turkey's centennial goals.

Turkish officials eye a trade volume of $50 billion with African countries by 2023,

Earlier on Wednesday, Mali also opened an embassy in Ankara.

President Keita and Yilmaz were present at  the opening ceremony.