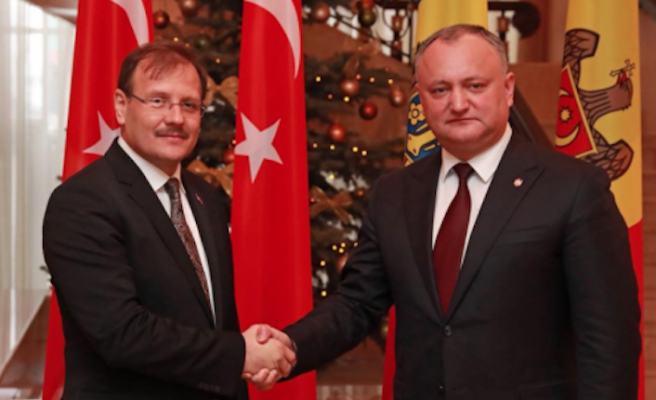 Turkey's ambassador to Moldova said relations between the two countries reached the level of strategic partnership during a recent visit by President Recep Tayyip Erdogan.

He said this was the first presidential level visit by Turkey to Moldova in 24 years.

"However, Autonomous Territorial Unit of Gagauzia cannot collect its own taxes, it does not have a budget," he said.

It covers its expenses by the resources allocated from the central budget of Moldova, he added.

Sokmensuer said the autonomy of Gagauzia is only on paper and it is not totally autonomous.

He said Gagauzia has a president who is also a minister and member of Moldova's cabinet, however there is a need for adjustment law regarding tax and budget issues.

"We can say that the status of autonomy is not working in every field."

He said the Gagauz people listened to Erdogan's speech with great passion.

He said Erdogan spoke in Turkish language and the people understood it although their mother tongue is Gagauz, a Turkic language.