The Department of Foreign Affairs in Turkey has moved to enable them to return to Turkey. 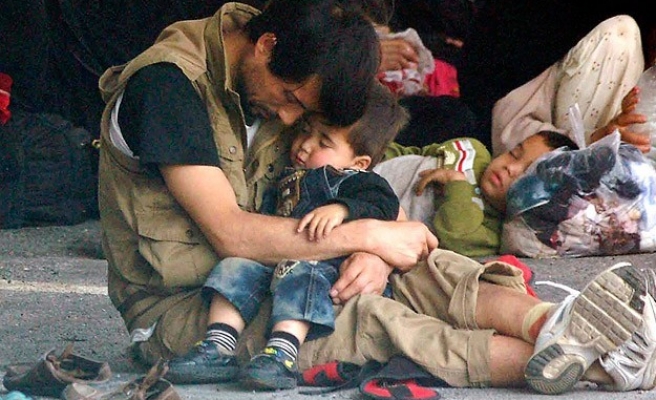 300 Uighurs from China have been caught in Thailand with fake passports – if charged they will be faced with  the death penalty. The Department of Foreign Affairs in Turkey has moved to enable them to return to Turkey.

In the even that the Uighurs are not accepted into 'Turkey they will either given the death penalty, if they escape they may possibly be victims of human kidnapping or organ trafficking.

With their land taken away from them and persecuted for their religious beliefs, the Uighurs have had no choice but to seek refuge in Turkey. Having lived in the Thai forests under difficult conditions for the past few days, the 300 people from East Turkestan who escaped Chinese persecution sought refuge in Turkey.

The group, most of them being women and children were initially assisted by human traffickers into Thailand, en route to Turkey via Malaysia.  The Thai police caught them in the forests, thirsty and hungry. If the Thai police confirm that they are indeed Chinese citizens, the 300 Uighur Turks will be sent back to China. This indirectly means that they will be sent to their death or possibly into the hands of human traffickers.

Those who have been caught, have been confirmed to be holding fake passports.

The Department of Foreign Affairs have moved to act quickly. Establishing contact with the Thai Government, they have outlined that they will be looked after in Turkey and have requested them to be sent to Turkey.

Prime Minister Davutoglu has explained that he has been following the matter closely. According to information obtained from Foreign Affairs, if there are no bureaucratic issues, the Uighur Turks will be brought to Turkey in a matter of days.

Without the intervention of Turkey, the Chinese government would have been executed by firing squad and this would be the second Boraltan tragedy that would have taken place.

In 1945 in order to escape from the Stalinist persecution146 Azeri Turks had sought refuge in Turkey. The Boraltan commander had notified Ankara of the situation and were told to free the Azeri Turks. Upon hearing this the commander surrendered the Turks to the Russian army who shot them by firing squad at the Boraltan bridge.