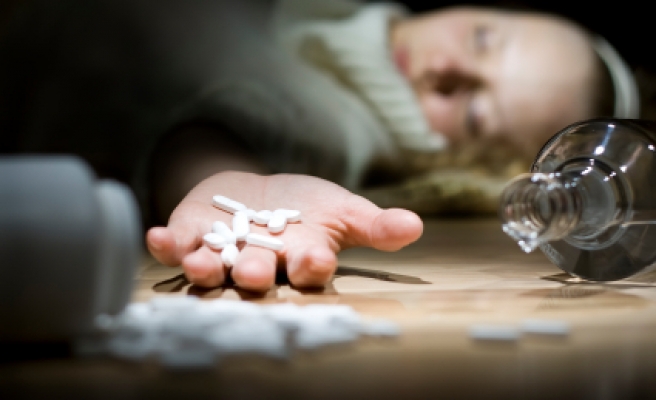 Turkish Prime Minister Ahmet Davutoglu said on Friday that his government is fully committed to eliminating the problem of drug use, addiction and trafficking by raising public awareness in all segments of Turkish society.

He made his remarks on Friday at the first meeting of the Anti-Drug Council in Ankara to announce details of the new anti-drug action plan, which is part of the domestic security reform bill that was announced on Oct. 21.

"There will be protective, preventive and security measures along with efforts regarding rehabilitation," he said.

Davutoglu stated that the government will first plot a drugs map of Turkey and firstly handle the protective phase, with the aim of arousing interest and care within all sectors of society towards the drug problem.

He emphasized that one of the main goals of the council is to awaken the public against drugs, describing as vital the areas around schools.

The premier defined the second anti-drug policy as preventive efforts in the form of assistance to narcotic teams from Turkish security forces.

"As we previously stressed in the security reform bill, we deem drug dealers the same as the most dangerous terrorists," he pointed out.

Back in October, Davutoglu explained his government's future attitude towards drug dealers as: "Those dealing drugs, including bonzai, will be treated like terrorists and the penalties will double if the crime is committed near schools."

Bonzai is a cheap, addictive and potent form of a marijuana-like substance. Its use has recently surged in Turkey as reported seizures of the substance in 2011-2012 increased nine-fold.

The prime minister also said NGOs will work at a provincial level through volunteer youth teams.

They will hit neighborhood streets as part of a comprehensive awareness campaign which will work through cultural and social responsibility activities.

"In the mid-term between 2015 and 2018, our key goal is to isolate the drugs issue as much as possible and force the drugs network into certain limited areas and slowly eliminate them," he added.

Davutoglu maintained that his government is determined to "completely marginalize" the drugs issue between 2019 and 2023.

He added that they will remove and clear out abandoned and ruined buildings as he described them as "nests of threats."

As for the efforts in the rehabilitation and treatment of drug addicts, the premier said they would launch a 24-hour call center for anti-drug counseling and increase the bed capacity of treatment centers at hospitals.

Davutoglu highlighted that the Council for the Fight Against Drugs will hold a meeting every three years to review the efforts and submit related reports.

He continued by announcing that the government will establish a council monitoring committee, chaired by Davutoglu, to gather once a year.

Its aim will be to assess the performance, conduct and course of the execution of decisions taken by the council.

The premier added that they have also set up a supreme Anti-Drug Council to deal with official coordination of council meeting decisions by gathering twice a year.

There will also be a technical council for the fight against drugs that will have meetings every two months at an under-secretariat level.