Former US presidential advisor: 'US influence is declining in the world and Turkey needs to provide missing leadership' 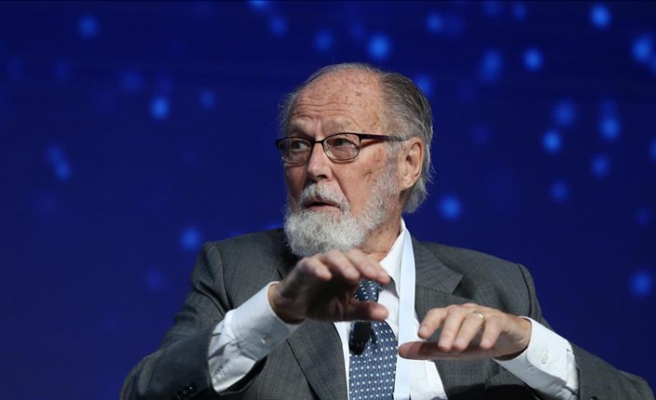 A Turkish model can be developed to provide the leadership missing in the world, a former U.S. presidential advisor said on Wednesday.

“We have to return to the wisdom of the Ottoman Empire. We can develop a Turkish model going all the way from the Atlantic to China,” Robert Dickson Crane, onetime advisor to late U.S. President Richard M. Nixon, told the TRT World Forum, where Anadolu Agency is a global communication partner.

His remarks came during the first session of the Istanbul forum, titled “A World in or Out of Order?: A Hundred Years since WWI.”

“We're deteriorating. We’re losing hope. U.S. influence is declining in the world and Turkey needs to provide the missing leadership,” he added.

The Ottoman Empire -- one of the longest-lasting dynasties in world history -- ruled large areas of Eastern Europe, the Middle East, and North Africa for over 600 years.

At the same session, William Hale, an emeritus professor in the Department of Political and International Studies at the School of Oriental and African Studies (SOAS) University of London, spoke of the “three theaters of conflict in the Middle East.”

“The first, since 1948, is the conflict between Israel and the Palestinians, which the U.S. plays an important role in.”

“The second is in Syria, which Russia has been the dominant power in whilst the U.S.' power has been declining, and the third is between Iran and Saudi Arabia, which both Russia and the U.S. are secondary powers in.”

For his part, Thomas P.M. Barnett, American military-geostrategist and chief analyst at Wikistrat said: “We need to balance out our relationships with the rest of the world. We cannot get too overheated on the competition between the U.S., Russia, China, and other great powers of the world.

Asked whether the U.S. should export security to other countries, he said: “The U.S. sought to replicate its model of interstate integration around the world after WW II. It is now called globalization.”