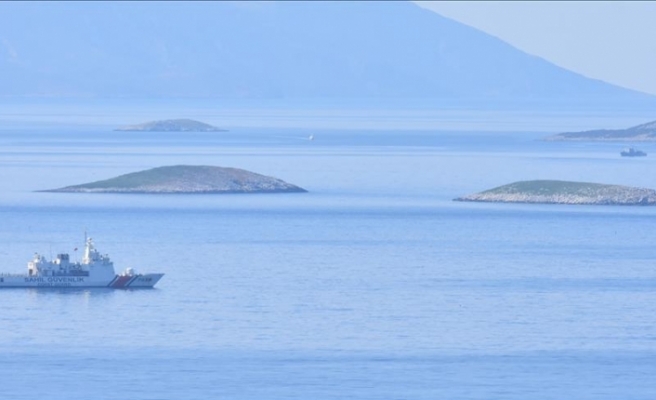 Turkey will never allow another harassment to any Turkish ship in the Eastern Mediterranean, the country's defense minister said on Wednesday.

Speaking at Anadolu Agency’s Editors’ Desk, Hulusi Akar said: "Our warships in the region are providing the necessary protection. We will never allow a new harassment."

Akar’s remarks came after Turkey warned Greece against taking actions in the Mediterranean Sea that would "spark tensions" in the region.

Last week, the Turkish navy prevented a Greek frigate from interfering in the activity of the Barbaros Hayrettin Pasa, a Turkish seismic and drilling vessel working in the eastern Mediterranean.

The activity, which had been announced by Turkish authorities, met with Greek interference, according to military sources.

Turkey has consistently contested the Greek Cypriot administration’s unilateral drilling activity in the Eastern Mediterranean, saying Turkish Cypriots also have rights to the resources in the area.

The defense minister also said that Turkey will take necessary measures if a decision is taken contrary to its rights and interests in the Aegean Sea.

"We are in favor of settling matters through peace and negotiations, without turning it into a close conflict in any way," he added.

Turkish Foreign Ministry summoned the Greek Ambassador in Ankara Petros Mavroidis over the issue on Tuesday.

The move came after recent remarks by Nikos Kotzias, who recently resigned as Greek foreign minister.

Kotzias has said that Greece was ready to extend its territorial waters from six miles to 12 miles in the Ionian Sea.