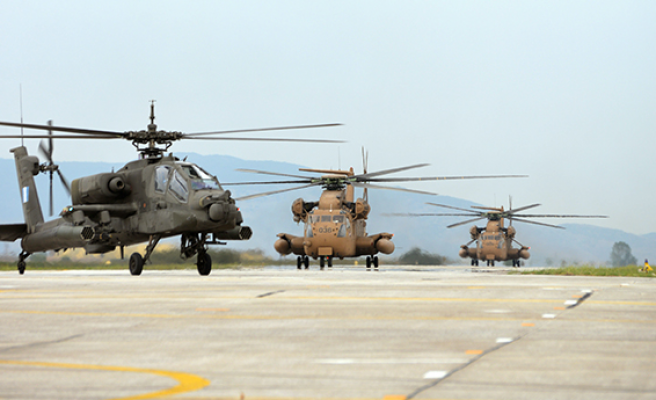 Earlier on Sunday, Canikli was received by his Qatari counterpart at Al-Udeid Air Base, southwest of the capital Doha.

During the ceremony, Canikli gave a presentation on the facility built by the Turkish state-run air defense and military software company HAVELSAN.

"Our ties in the field of defense will improve and the new training facility is in accordance with our objectives," Canikli said.

He added that countries which ignore their defense sectors have difficulty in surviving in the long-term.

"The painful experiences we [Turkey] have had countless times taught us that you cannot be a mere spectator of defense technologies. If it weren't for our efforts in the last 10 years, Turkey would have had great difficulty resisting the attacks today. Our allies did not supply us with these technologies in our fight against terrorism, even though we were willing to pay for them," he said.

"One of the recent examples of these difficulties is the S-400 Air Defense System, which we are in urgent need of. We fight against the world's three bloodiest terror groups all at once, and we conduct our operations through the weapons most of which were developed by Turkey. We have made progress, but we have to improve ourselves even more, working together," he added.

Canikli said that Turkey had advanced in defense sector, especially the drone technology.

“Turkey has caught up with the world especially in the UAV [Unmanned Aerial Vehicles] field,” he said.

"F-35 will probably be the last fighter jet to include a pilot," he said, claiming that the future air combats would be led by drones.

Following the inauguration, Canikli and al-Attiyah inspected the facility together with other military delegations.

The project was signed on May 10, 2013, with the aim of meeting the needs of AW 139 helicopter pilots and operators in Qatari Air Forces. By the end of 2016, the project moved to Qatar.

So far, 55 pilots operating in Qatari Air Forces have been given 550 hours of training through this system and 40 engineers have served for three years on the project which costs $39 million.

Qatari officials said that the simulator HAVELSAN presented has been the best they have ever used.