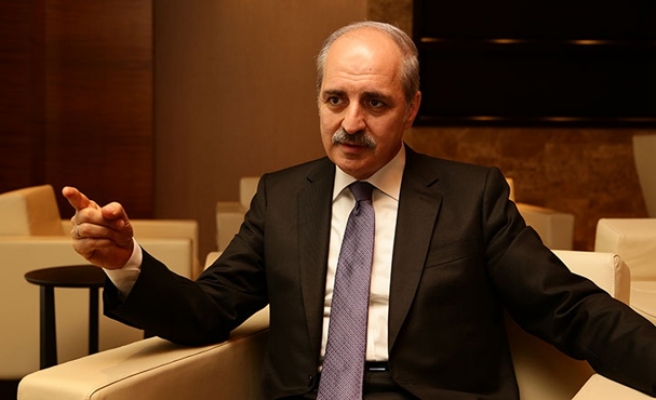 Turkey will not accept the participation of the Syrian Kurdish Democratic Union Party (PYD) in the upcoming Syria talks in Geneva on the opposition side of the table, Deputy Prime Minister Numan Kurtulmus said.

The PYD is affiliated to the PKK, listed as a terror organization by Turkey, the EU and U.S. due to the armed campaign it has been fighting against Turkey since 1984.

“Nobody will agree [that] the PYD, ISIL and similar organizations take part in the national coalition in Syria [on the side of the opposition],” Kurtulmus told press members in Ankara.

Prime Minister Ahmet Davutoglu had previously said that the PYD should attend the Syria talks alongside the representatives of Syrian President Bashar al-Assad.

The PYD has however been heavily involved in fighting ISIL on the ground in Syria with the support of the U.S.-led air campaign.

“As you know, we side with the fact that the Syrian opposition [to take part in Geneva talks] consist of forces that completely oppose to the regime,” Kurtulmus noted. “We have been sharing such a view with all the international community insistently.”

“Elements, who cooperate with the [Assad] regime, should never behave as if they represent the opposition in this talks,” he added.

Which opposition groups should be allowed to attend the talks has been a contentious point in the run-up. Invitations would be issued Tuesday, de Mistura added without specifying the groups that would be asked to take part.

The priorities would be establishing a cease-fire, supplying humanitarian aid and tackling ISIL, he added.

The conflict in Syria has been raging since early 2011 and has led to the deaths of more than 250,000 people and driven more than 10 million from their homes, according to the UN.