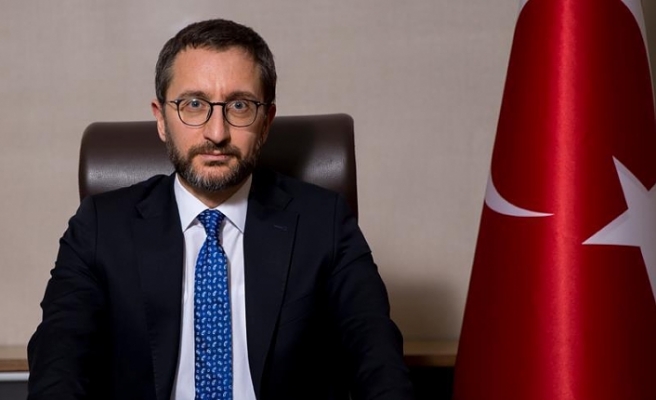 Perpetrators of an attack on a Turkey's military base in northern Iraq sought to drive wedge between Turkish soldiers and the local people, according to a senior Turkish official.

Fahrettin Altun, presidential communications director, told Bloomberg late Saturday that the attack on the Turkish Armed Forces post near the Iraqi town of Duhok was incited by PKK provocateurs hidden among civilians.

Altun said no casualties were reported after the attack, adding that Turkish forces took all necessary precautions in the region to protect civilians.

“We’ve determined that PKK terrorists are conducting disinformation activities on social media and other channels regarding today’s attack,” Altun said, urging media outlets to beware of such tactics which he said the terror group regularly employs.

Altun stressed that Turkey remains resolute in close cooperation with the people of Duhok.

Earlier on Saturday, the Turkish National Defense Ministry said the base came under attacked after PKK terror group's provocation.

"As a result of the provocation of the PKK terrorist organization, an attack took place in our base area located in northern Iraq," the ministry said in a statement.

There was a partial damage to vehicles and equipment in the attack, it said.

In its more than 30-year terror campaign against Turkey, the PKK -- recognized as a terrorist group by Turkey, the U.S., and the EU -- has been responsible for the deaths of some 40,000 people.