Turkey: Plastic bag use down 50 pct with new regulation

Retailers began charging for plastic bags on Jan. 1 with aim of reducing volume of non-recyclable waste 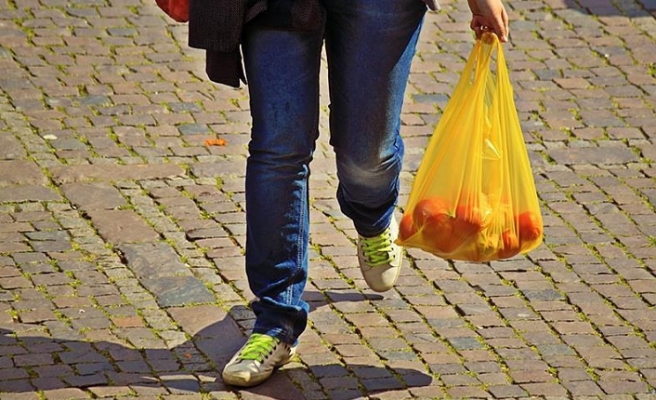 Plastic bag usage in Turkey has dropped by 50 percent since Jan. 1, when retailers began charging for environmentally-damaging plastic bags, the environment and urbanization minister said on Friday.

Turkey's target is to reduce the plastic bag usage per person -- which is currently 440 annually -- by 90 percent to 40 by 2025, Murat Kurum told a meeting on the environmental legislation in the capital Ankara.

Around 30-35 billion of plastic bags are used in Turkey annually, he noted.

Kurum added: "We need to go back to using market nets. We encourage industrialists and manufacturers to make promotions."

The main goal is not earning money from the plastic bags, but to prevent ecocide, the minister underlined.

Kurum said, "Incomes from plastic bags will be used for several environmental projects such as bike and pedestrian paths, noise barriers and wastewater treatment facilities."

Plastic bags can take up to 1,000 years to biodegrade, according to the Mind Your Waste Foundation.

The foundation has said that as many as 5 trillion plastic bags are produced every year worldwide, only 1 percent of which are recycled.

Turkey also has a zero-waste project, led by Turkish First Lady Emine Erdogan, to reduce the volume of non-recyclable waste.