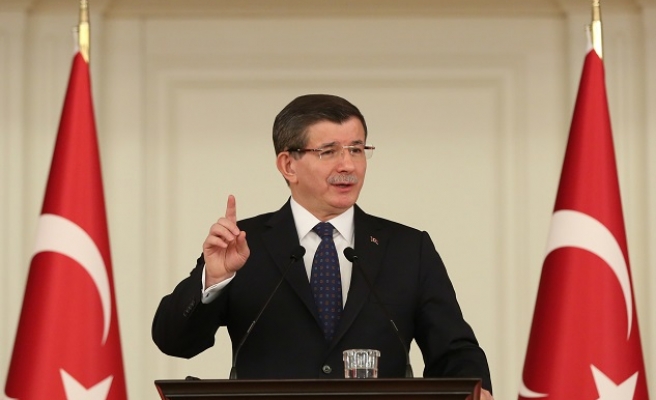 The terrorist PKK's Syrian affiliate PYD and its armed wing YPG are hired soldiers of Russia since they fight moderate opposition forces instead of ISIL, Turkish premier has said.

Addressing the MPs of his ruling Justice and Development (AK) Party at the Turkish parliament in Ankara Tuesday, Turkish Prime Minister Ahmet Davutoglu said: "Neither ISIL nor YPG are primary components of these territories. The YPG and the PYD are legionnaires [and] hired soldiers of Russia".

Turkish military has been shelling PYD and PKK positions in northern Syria for three consecutive days in retaliation to artillery fire from PYD forces based around Azaz, located in Aleppo’s northern countryside, Saturday night.

The exchange of fire came after YPG's recent advances into Azaz, which has been the scene of recent heavy fighting, just six kilometers (four miles) from the Turkish border.

Davutoglu reiterated that Ankara regards the PYD and the YPG not as Kurdish groups, but as terrorist organizations since they are Syrian extensions of terrorist PKK group.

"PYD and YPG are puppets of Russia and subcontracted organizations used by the blood-shedder Assad regime and Russia," he said.

Turkish premier said that the PYD was fighting Syria's moderate opposition under the pretext of battling ISIL.

He added that Turkey's recent shelling and operations have halted YPG's advance in Azaz.

In recent days, the group managed to seize control of several villages -- and a military airport -- in the area.