'There is no problem with the bilateral relations between Turkey and Jordan,' says Davutoglu 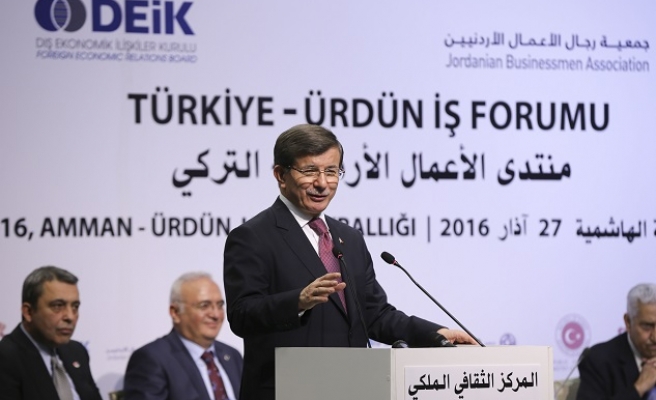 Turkish Prime Minister Ahmet Davutoglu on Sunday praised relation with Jordan and announced the start of new "rooted relations" with the Arab country.

"We will crown this beautiful start with very beautiful successes, because there is no problem with the bilateral relations between Turkey and Jordan," Davutoglu said during his address in Turkey-Jordan business forum in Amman, the capital of Jordan.

In his remarks, Davutoglu touched upon the plight of neighboring countries which he said today suffered from ungovernable situations.

Davutoglu added Jordan's stability was important for Turkey and pledged that Ankara would stand by Amman.