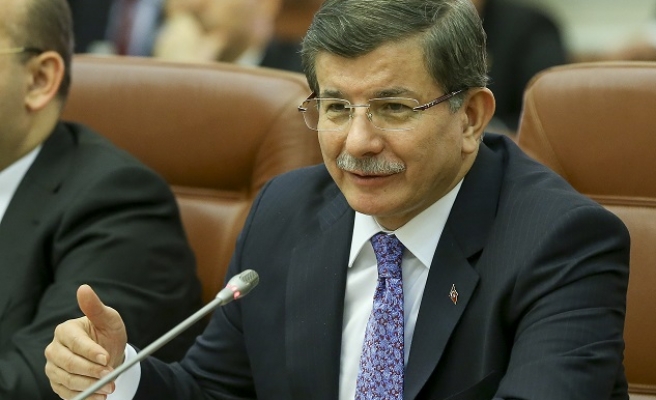 Turkish Prime Minister Ahmet Davutoglu has highlighted Monday the "open breach of human rights" in Crimea, adding Ankara's stance against Moscow's aggression in Crimea was similar to its position over Ukraine and Syria.

Davutoglu also said that Ukraine was one of the backbone countries for stability in the Eurasia region.

The premier said that Turkey sees the importance of stability and territorial integrity of Ukraine. He noted that Georgia, Ukraine, Azerbaijan and Syria remained under threat by Moscow.

He also reiterated Ankara's rejection of the Russian annexation of Crimean peninsula.

"Turkey recognizes the territorial integrity of Ukraine but definitely rejects the annexation of Crimea. Crimea is a part of the Ukrainian territory and the natural homeland of the Crimean Tatars," he said.

"We would like to repeat it for Russian authorities: The Soviet Union era ended over 25 years ago. Attempts to revive it by relying on its veto card at the UNSC [United Nations Security Council] would not yield positive results for Russia," he added.

According to the Turkish Foreign Ministry, there are 280,000 Crimean Tatars in Crimea -- making up roughly 13 percent of the peninsula's overall population -- who opted for annexation with Russia in a referendum on March 16, 2014, a vote not recognized by Kyiv and Western powers.

Turkey sent a delegation to Crimea on April 2015 to evaluate the situation of Crimean Tatars since the annexation.

Under Soviet leader Joseph Stalin in 1944, the entirety Crimean Tatars was taken from their homes and deported thousands of kilometers away to Central Asia.