'We are in a sensitive time but we will overcome the difficulties of the tourism sector and we will defend our positions as one of the most attractive destinations,' Davutoglu says 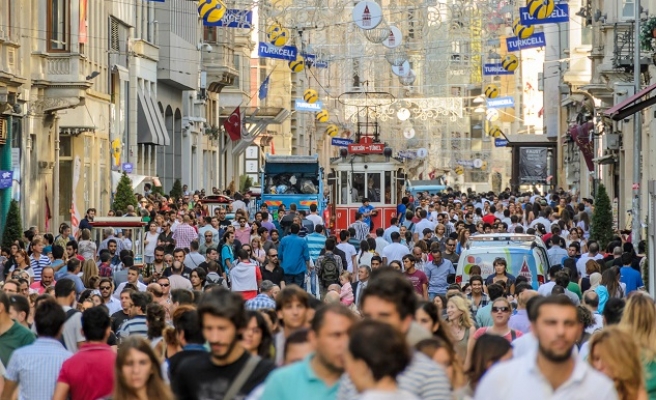 Turkish Prime Minister Ahmet Davutoglu on Monday announced a multi-million-dollar aid package for the country's struggling tourism industry which has been hit by a crisis with Russia and security concerns.

Davutoglu said that a total of 255 million Turkish lira ($86.5 million) in financial aid would be given to Turkish tourist agencies while there would also be measures to help firms restructure debt.

"These measures will be implemented quickly and we think that the package will rejuvenate the tourism sector," Davutoglu told reporters in Ankara.

"We are in a sensitive time but we will overcome the difficulties of the tourism sector and we will defend our positions as one of the most attractive destinations," he added.

Davutoglu denounced what he said was a campaign of "black propaganda" carried out from abroad against Turkey's tourism industry which was being helped by opponents of the ruling party.

The industry has been shaken by security concerns as Turkey wages a two-pronged offensive against ISIL and PKK militants.

A suicide bombing on January 12 blamed on extremists killed 11 German tourists in the heart of Istanbul's tourist district.

Last week, 28 people were killed in the capital Ankara in an attack on buses carrying military staff. The PYD armed group that claimed the attack then threatened to attack tourist sites.

TUI, the world's biggest tourism group, said earlier this month it had seen bookings to Turkey drop by 40 percent while several prominent cruise operators have cancelled lucrative port calls in Turkey this summer.

The sector is key to the economy: according to official statistics, foreign tourism brought in almost $31.5 billion in revenues in 2015.

Turkey's tourism industry also suffered a huge blow with the crisis between Ankara and Moscow which began when Turkish jets shot down a Russian war plane on the Syrian border on November 24.

The Russian foreign ministry recommended that its citizens do not visit Turkey and Russian agencies stopped selling package tours to the country.

The number of Russians visiting Turkey almost halved in December from the same period a year earlier, official statistics showed.

But Davutoglu expressed confidence that Russians would return and emphasised they were still welcome.

"Russian tourists have not been coming to Turkey for a short time. They came, liked it, and came again. You won't change this with a political decision."

"I am sure that Russian tourists will once again find their way" to Turkey, he said.