'You should treat migrants as your children or as your brother,' Davutoglu says as first group of refugees returning under EU deal arrives in Turkey 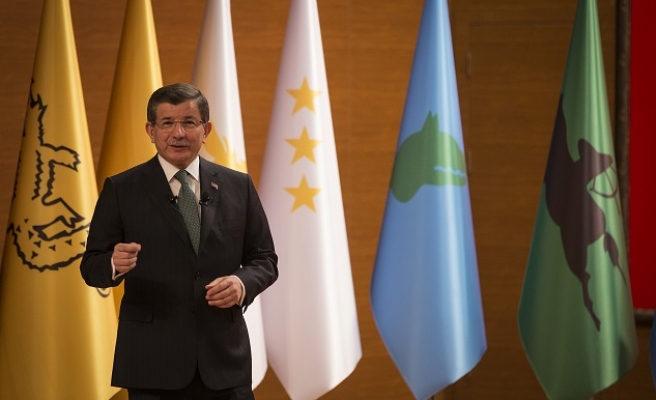 Turkish people should embrace refugees returning to Turkey under a deal with the EU just like they would treat their own children or brothers, Prime Minister Ahmet Davutoglu said Monday.

In remarks made at an event to mark the 171st anniversary of Turkish Police Organization in Ankara Monday, Davutoglu said: “You should treat refugees as your children or as your brother.”

The first group of refugees returning under the EU deal arrived in Turkey from the Greek island of Lesbos Monday morning.

Under an agreement between Turkey and the EU, “irregular refugees” will be returned from Greece in a one-for-one exchange with refugees at Turkish camps, where around 2.7 million Syrians have fled since the civil war began in their country.

The deal is designed to break the people-smuggling gangs who have been trafficking refugees across the Aegean Sea, resulting in hundreds of deaths.

About Turkey’s ongoing military operations against the PKK terrorists, Davutoglu said: “We are fighting terrorism in a circle of fire.”

He also said that six countries around Turkey, including Iraq, Syria, Lebanon, Libya, Yemen and Ukraine faced border control problems. “All these countries have some risks,” he said.

Tension is high in southeastern Turkey since the PKK – listed as a terrorist organization by the U.S. and the EU – resumed its 30-year armed campaign against Turkey in July 2015.