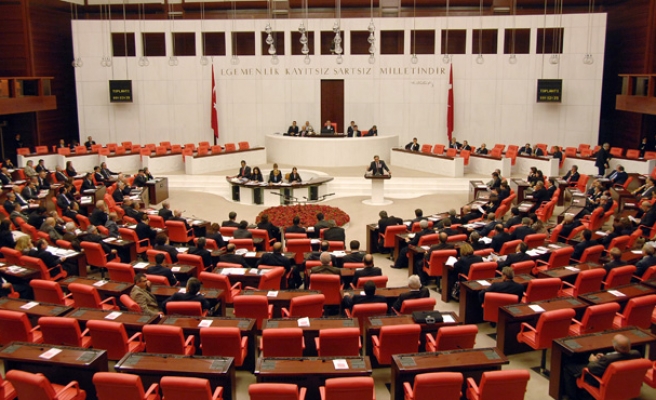 A new internal security bill was submitted to the Turkish parliament Monday that aims to restructure the country's law-enforcement agencies, domestic security and civilian affairs' authorities.

If the bill gets approved, not only the country’s Interior Ministry and police department will get restructured, but new measures to prevent crime and a new criminal investigation procedures will also be introduced.

According to the bill, possession of fireworks, Molotov cocktails and slingshots will be considered crimes punishable by law.

Police will also be able to act preemptively and may conduct raids based on intelligence of possible criminal activity.

Protesters who cover faces at rallies will be regarded as potential criminals and prevented from taking part in demonstrations.

All transactions involving the 'bonzai' -- a cheap, addictive and potent form of a marijuana-like substance -- will be considered as illegal as conducting deals for other addictive drugs.

The bill also says the interior minister will have the power to appoint junior commanders in Turkey's General Command of the Gendarmerie -- the country's paramilitary force -- and the Coast Guard except for admirals in the Coast Guard and generals in the gendarmerie force.

Turkish police will also have the authority to hold a suspect under custody for 24 hours with the approval of the public prosecutor or the deputy governor and under supervision of their superior officers.

The provincial governor will also get the power to give direct orders to the chief of law-enforcement authority.