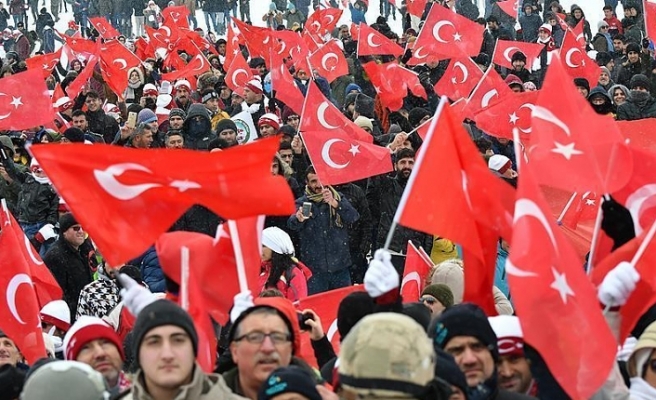 Thousands of people gathered together on Sunday to march in eastern Turkey to commemorate the martyrs of the World War I Battle of Sarikamis.

The march will start off from Kizilcubuk, in the province of Kars, where the 1914 battle against Russia’s Caucasus Army began.

People walked two kilometers to reach the starting point of the march with Turkish flags and banners reading “Turkey Marches with Martyrs”.

The march marks the 104th anniversary of the battle, which claimed the lives of nearly 90,000 Ottoman Turkish soldiers due to bitter cold.