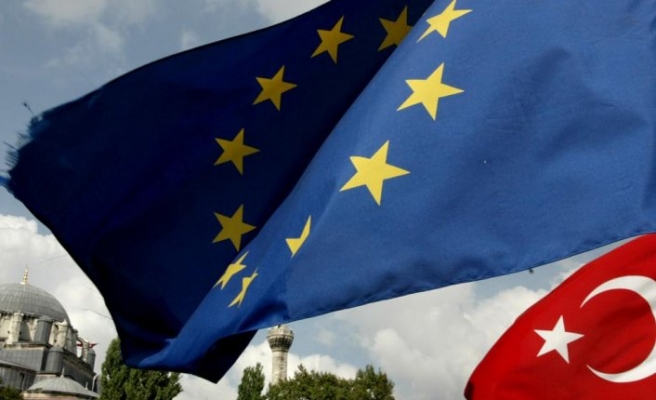 However, he said, the EU does not reciprocate the attitude.

Because of the upcoming European Parliament election in May, he added, the union did not want to prioritize enlargement and did not follow a determined policy regarding Turkey.

Kaymakci said in the visa-free travel process only seven out of 72 criteria were left to be met and biometric passports fully complied with EU standards were also ready. After the EU confirms it, the number of remaining criteria would officially decrease to six.

He said Turkey and the EU Commission launched talks on Friday for an operational cooperation agreement with Europol, and added: “I think signing of this [agreement] is also beneficial for Turkey.”

On Friday, Turkish and EU officials held the first ever meeting in Brussels to discuss about a probable intelligence sharing agreement with Europol, one of the 72 requirements for visa-free travel for Turkish citizen.

Kaymakci said the agreement was important especially for Ankara’s fight against terror groups, such as PKK and Fetullah Terrorist Organization (FETO).

He stressed that Turkey’s aim was full membership to the bloc and said it was important to hold another high-level meeting.

The joint statement from a Nov. 22 meeting underlined the importance of financial cooperation in Turkey's adaptation to EU membership norms and standards in various areas.

“Turkey-EU relations have entered in a normalization and even improvement process,” he said.

The talks between Turkey and the EU stalled in 2007 due to the objections of the Greek Cypriot administration in the divided island of Cyprus, as well as opposition from Germany and France.