Russia and Turkey will continue to boost bilateral relations at the highest level despite differences over Ukraine, says Russia’s ambassador to Turkey. 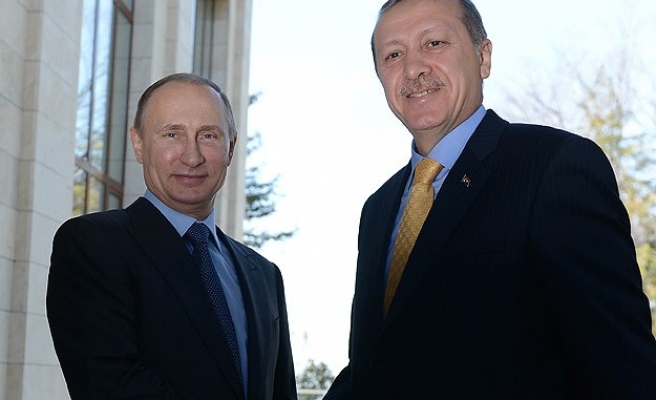 Russia and Turkey will continue to boost bilateral relations at the highest level despite differences over international issues such as Ukraine, Russia’s ambassador to Turkey told The Anadolu Agency.

"Unlike some western countries, Turkey does not impose its own will on Russia," Andrey Gennadyevich Karlov said in an interview Monday.

Putin will visit Turkey on Dec. 1 to attend the Turkish-Russian High-Level Cooperation Council meeting during which both sides are expected to discuss bilateral relations as well as regional and international issues.

The ambassador said the EU and the U.S. imposed sanctions on Russia were counterproductive.

"While wanting to punish Russia with sanctions, actually these countries punish themselves," Karlov said.

The ambassador said that while sanctions harm Russia, it also provided incentives to its economy.

He claimed that Russia’s industries had gained momentum after the sanctions.

"Instead of importing, we have accelerated our production," he said.

He added that the West lost around six billion euros since the sanctions.

More than 4,000 people have been killed and around 9,000 others have been wounded in the conflict between the Ukrainian government and pro-Russian separatists in eastern Ukraine since mid-April.

Karlov said dialogue was the best method to end the conflict.

He added the deal was intended to boost economic development of Abkhazia.

Abkhazia declared its independence from Georgia in 1999, with Russia formally recognizing it in 2008, following a six-day Russian-Georgian war over South Ossetia.