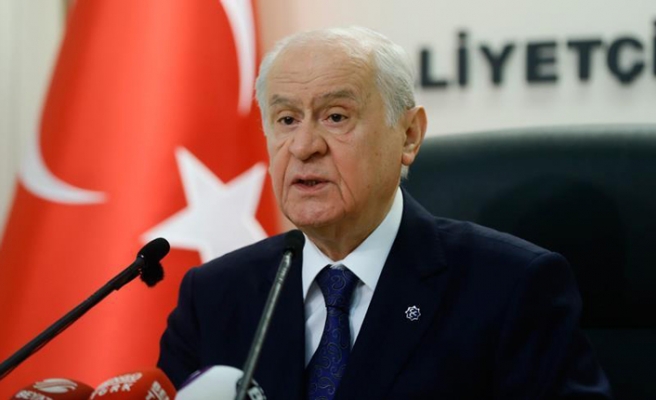 Addressing his party's parliamentary group meeting, Devlet Bahceli recalled that the conference was opened by German Interior Minister Horst Seehofer, "who said that Islam does not belong to Germany."

"The conference which convened with the slogan of 'Islam in Germany and for Germany' is a scandal, it is carelessness and an insult on our belief," said Bahceli.

He also criticized the choice of food being served at the conference, namely sausage made of pork.

"What does 'Islam for Germany' mean? What does pork have to do in a conference on Islam?" he said, adding that Islam does not belong to any country, but it is the only religion before God.

According to the German government, roughly 4.5 million Muslims are living in Germany, accounting to about 5.5 percent of the total population.

The 4th German Islam Conference was held on Nov. 28 in the capital Berlin.

In 2006, the German Islam Conference opened the first institutionalized dialogue between representatives of the German government and of Muslims in Germany.