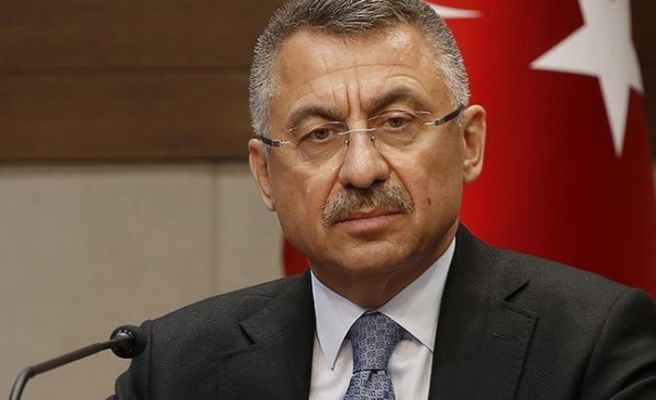 Turkey's membership process to the European Union is a political one, the country's vice president said on Monday.

"Turkey's stance has been clear. The membership process to the EU is political one, rather than being a technical process," Fuat Oktay said at Anadolu Agency’s Editors’ Desk.

"Turkey expressed its intentions 54 years ago and continues to do so. There is no change in the politics of Turkey," Oktay added.

Turkey had applied for the EU membership in 1987 and accession talks began in 2005.

However, negotiations stalled in 2007 due to the objections of the Greek Cypriot administration in the divided island of Cyprus, as well as opposition from Germany and France.

Oktay said Turkey hosts more than 4 million Syrians and the EU has not delivered the money that it promised to give Turkey under a 2016 deal for the refugees.

In March 2016, EU and Turkey reached an agreement to stop irregular migration through the Aegean Sea, and improve the conditions of the Syrian refugees in Turkey.

Turkey hosts over 3.5 million Syrian refugees, more than any other country in the world. The country has spent more than $32 billion from its own national resources for helping and sheltering refugees since the beginning of the Syrian civil war.

The country also has prevented a large refugee influx to spill over elsewhere in the world, foremost to Europe, thanks to the opportunities it has provided to refugees.